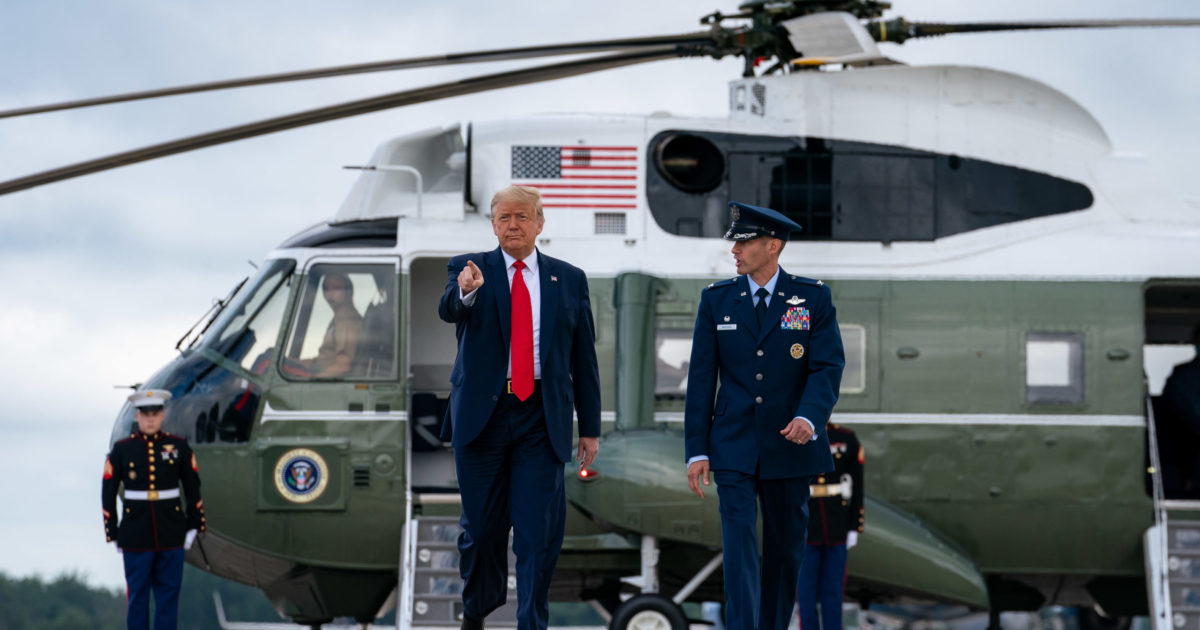 “He plagiarized from me, but he can never pull it off,” Trump responded to a reporter question about Biden’s plan for the economy before heading to Florida.

Biden on Thursday unveiled his economic platform calls for a $400 billion investment in federal purchases for American products to rebuild infrastructure while the rest of the $300 billion going towards investment in research and development.