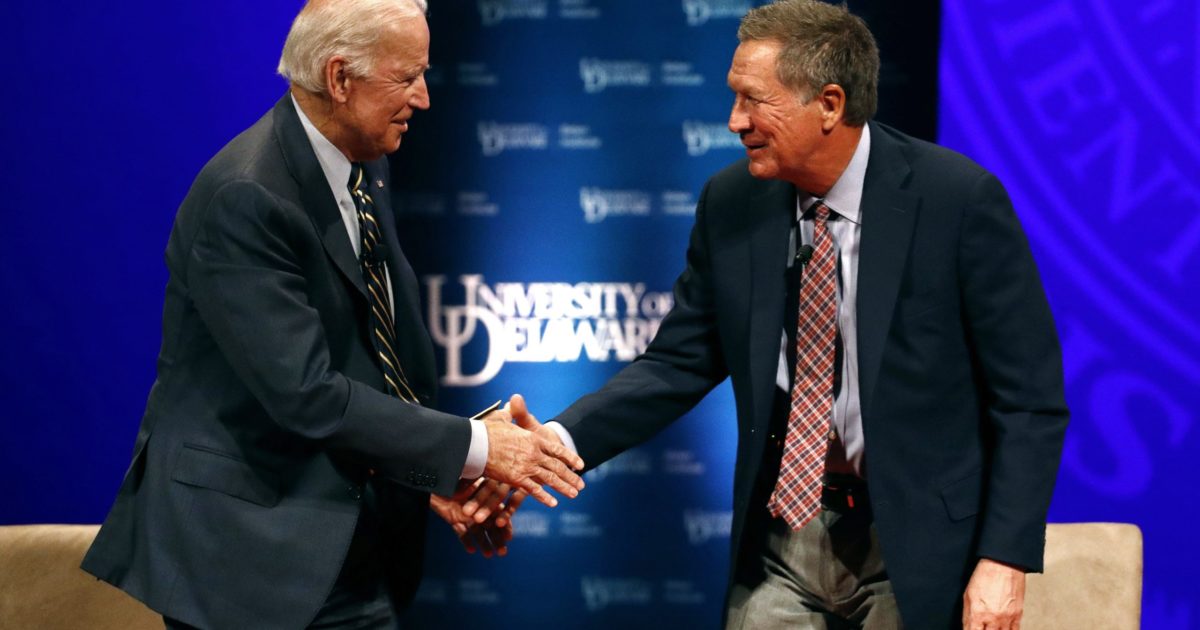 The plans for Kasich to speak at the Democratic convention were first reported by the Associated Press Monday morning. It is unknown if Kasich, a staunch critic of President Trump will explicitly endorse Biden during his remarks at the convention. According to a person with “direct knowledge” of Kasich’s plans, the former Ohio Governor was one of the handful high-profile Republicans likely to support the Democratic nominee and has been approached to speak on Biden’s behalf next month.

Deputy campaign manager Kate Bedingfield didn’t confirm the specific discussions, but said the campaign has begun courting Republicans support to show that Biden is “able to work across the aisle,” similar to its outreach with the progressive wing of the Democratic Party.