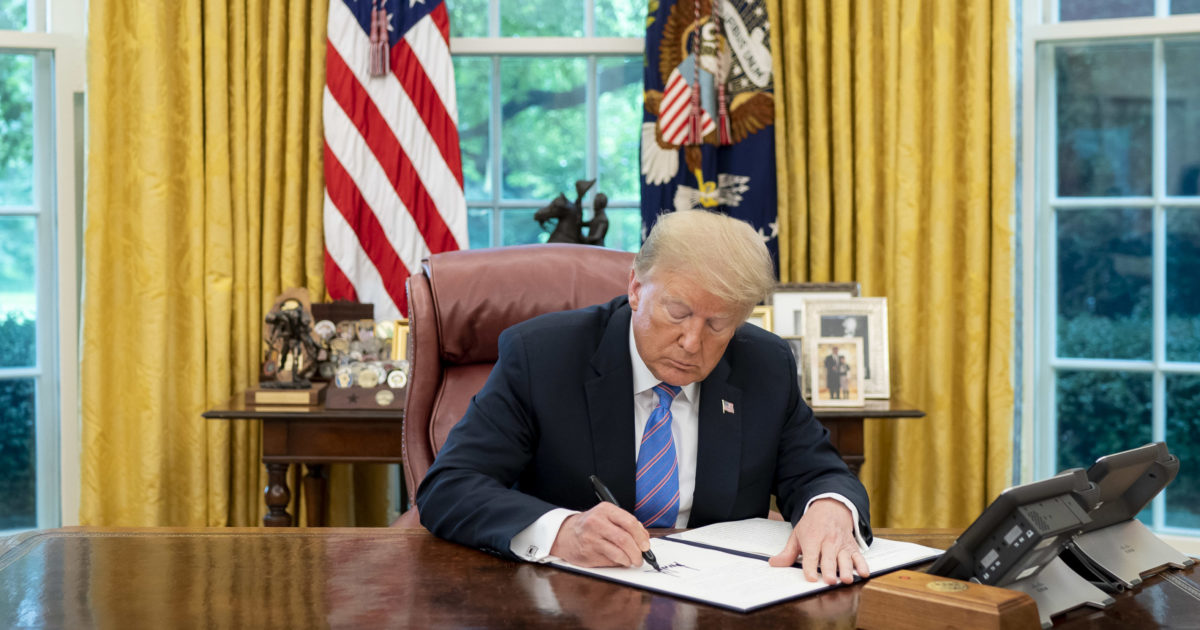 President Trump on Tuesday signed a presidential memorandum directing the Secretary of Commerce to exclude undocumented immigrants from being counted in the 2020 census for the purpose of next year’s congressional apportionment.

“I have accordingly determined that respect for the law and protection of the integrity of the democratic process warrant the exclusion of illegal aliens from the apportionment base, to the extent feasible and to the maximum extent of the President’s discretion under the law,” the memo states.

The apportionment memorandum on “Ensuring American Citizens Receive Proper Representation in Congress” cites the Immigration and Nationality Act as the “policy of the United States to exclude from the apportionment base aliens who are not in a lawful immigration status” for the purposes of reapportionment.