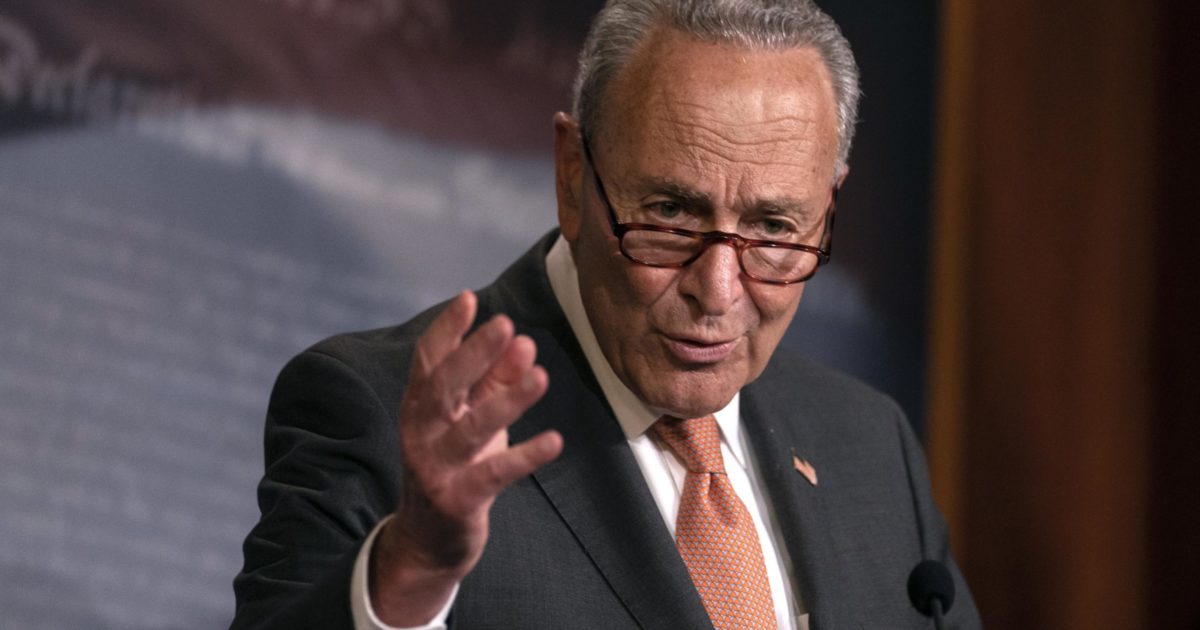 Senate Minority Leader Chuck Schumer (D-NY) lambasted Senate Republicans for being so “disorganized” and “chaotic” as they remain internally divided on several key issues to reach an agreement on a GOP coronavirus stimulus proposal.

“It’s in the middle of the week, and the Republican Party is so disorganized, chaotic and unprepared that they can barely cobble together a partisan bill in their own conference,” Schumer said speaking from the Senate floor Wednesday morning. “People are ready to lose their unemployment benefits, to lose their apartments, and be evicted. Local governments are laying off people because they don’t have the dollars.”

“We’re in a national crisis,” he continued. “Where have the Republicans been? I have never seen a political party in the middle of a crisis so tied in a knot that the Majority Leader can’t even mention it in his speech and spends time ranting against favorite targets of the far-right and can’t come up with a proposal.”