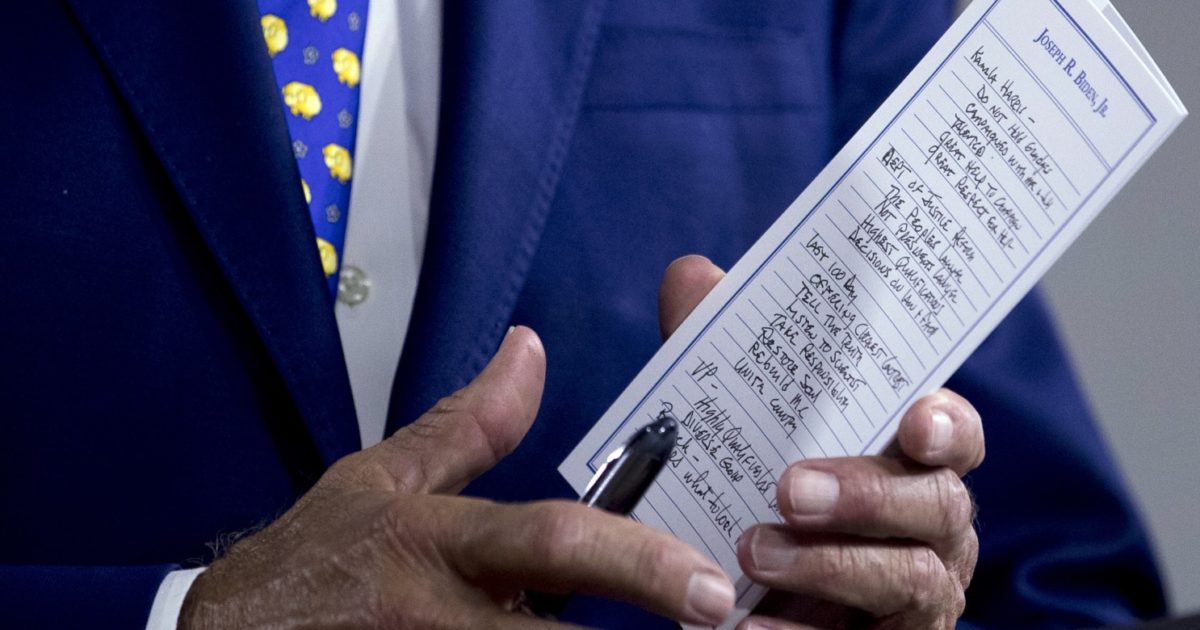 Democratic presidential candidate Joe Biden on Tuesday was photographed holding handwritten notes with Sen. Kamala Harris (D-CA) name featured along with a set of cryptic bullet points about her, fueling speculation that the California Senator is the leading contender to be his running mate.

During a rare news conference after unveiling the fourth installment of his “Build Back Better” economic plan, Biden held a note pad filled with notes that were captured by an Associated Press photographer. Harris’ name was scribbled at the top and under her name featured five talking points.

“Do not hold grudges,” “Campaigned with me and Jill,” “Talented,” “Great help to campaign,” and “Great respect for her.”