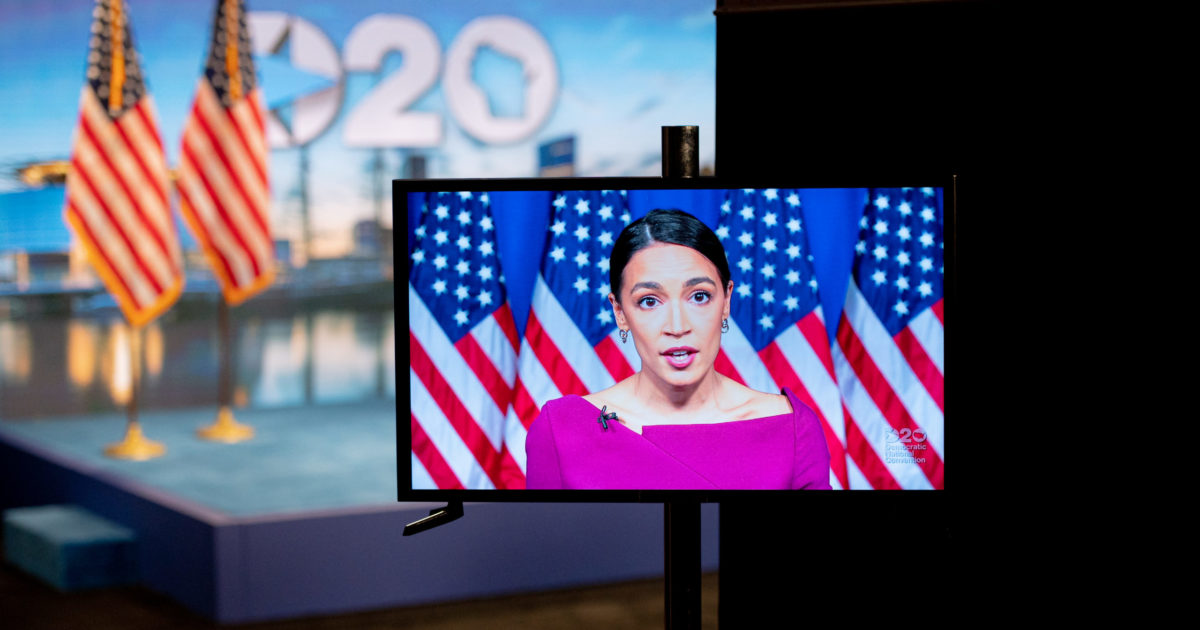 Rep. Alexandria Ocasio-Cortez’s official role for the second night of the Democratic Convention was to formally seconded the presidential nomination of Sen. Bernie Sanders (I-VT), the 2020 Democratic presidential runner-up nominee.

During her brief, 97-second remarks seconding the nomination of Sanders, the progressive freshman praised Sanders for creating a “historic grassroots campaign” during his two-time presidential run that was organized to “reclaim our democracy” and to establish the “21st century social, economic and human rights.”

Keeping her highly anticipated remarks fairly tamed, Ocasio-Cortez didn’t once utter support or even the name of the Democratic nominee Joe Biden. Instead, she focused her full-throated support for the progressive movement.