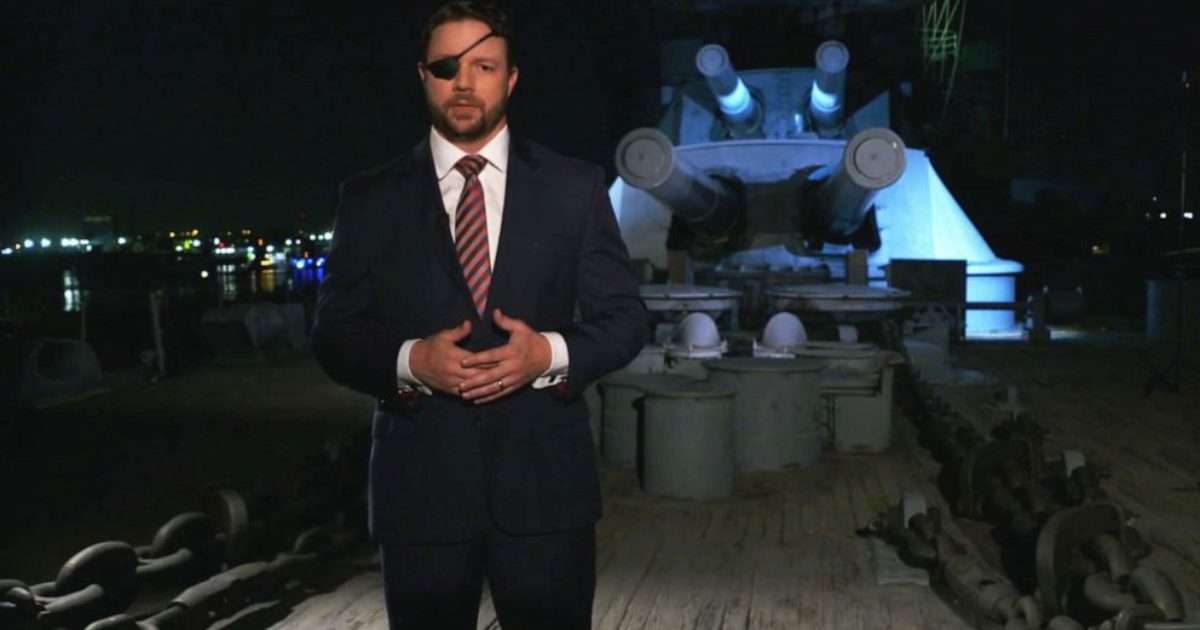 Rep. Dan Crenshaw (R-TX) delivered a personal speech at the Republican National Convention Wednesday night, touching on his experience during his third tour as a Navy Seal in Afghanistan while praising America as a “country of heroes” he is seeing daily amid the coronavirus pandemic and the ongoing civil unrest.

“Here’s the truth about America: we are a country of heroes. I believe that, so should you,” Crenshaw said in a pre-recorded 4-minute remark from the Battleship Texas in La Porte. “We are a people with a common set of ideals conceived in liberty. A people that has sacrificed time and again — for our freedom, and the freedom of others.”

A former Navy SEAL, recipient of two Bronze Stars as well as a Purple Heart recipient, Crenshaw opened with a story describing the heroism his fellow teammate made with the ultimate sacrifice so he “walk – blind and bloodied – to the Medevac helicopter and survive.”