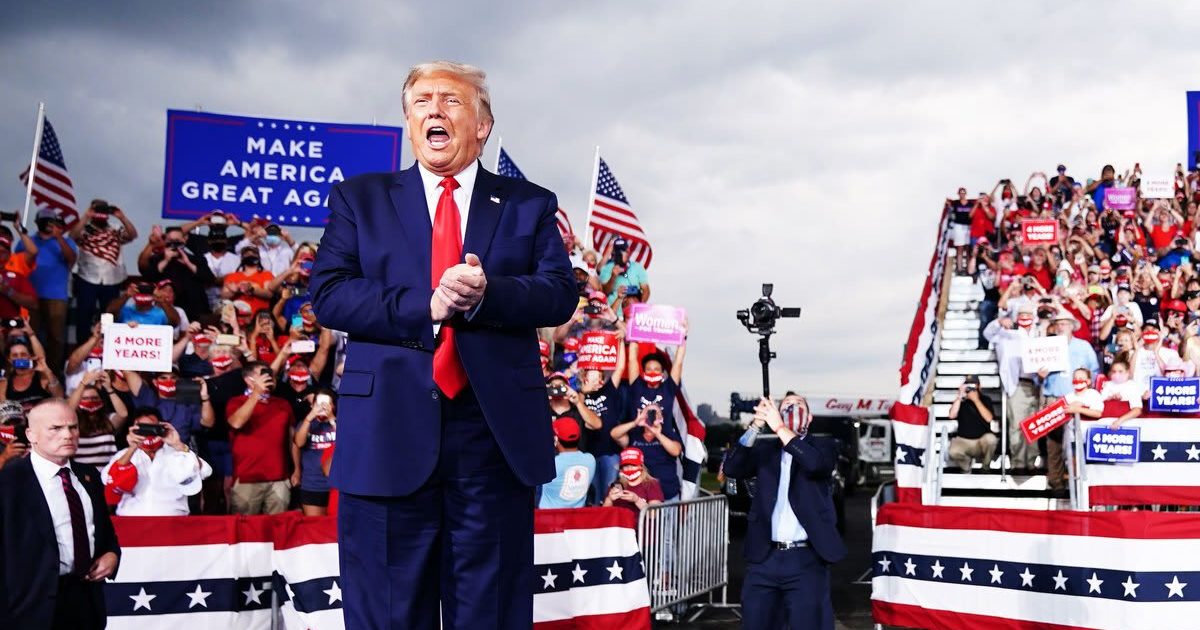 President Trump ripped into his 2020 Democratic rivals, telling supporters at his North Carolina rally Tuesday evening that “people don’t like” Vice President nominee Kamala Harris and she “could never be the first woman president” because it “would be an insult” to America.

“People don’t like her. Nobody likes her. She could never be the first woman president,” Trump told supporters at a rally held outdoors at Smith Reynolds Airport in Winston-Salem, North Carolina. “She could never be. That would be an insult to our country.”