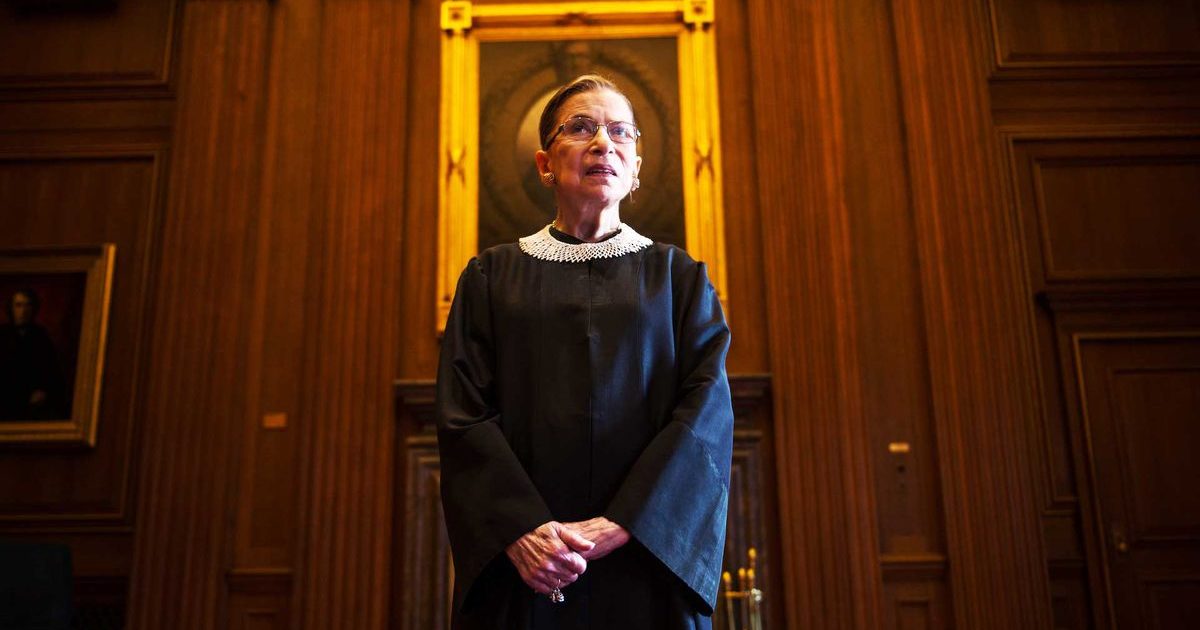 “Our nation has lost a justice of historic stature,” Chief Justice John Roberts said. “We at the Supreme Court have lost a cherished colleague. Today we mourn but with confidence that future generations will remember Ruth Bader Ginsburg as we knew her, a tired and resolute champion of justice.”

In July, Ginsburg announced that she was undergoing chemotherapy treatment for lesions on her liver, the latest of one of her five battles with cancer.

Just days before her death, according to NPR, Ginsburg dictated this statement to her granddaughter Clara Spera: “My most fervent wish is that I will not be replaced until a new president is installed.”

Ginsburg was nominated to the United States Court of Appeals for the District of Columbia Circuit in 1980 by former President Carter nominated and served until 1993. From there, former President Clinton nominated her to the Supreme Court where she served for 27 years as the most senior member of the court’s liberal wing. She became the second female justice to sit on the nation’s highest court joining Justice Sandra Day O’Connor and went on to become its longest-serving woman in history. She also became the first female Jewish justice.

The vacancy now gives President Trump the opportunity to further solidify the conservative majority on the court with Senate Republicans promising to fill the vacancy if arise during an election year.