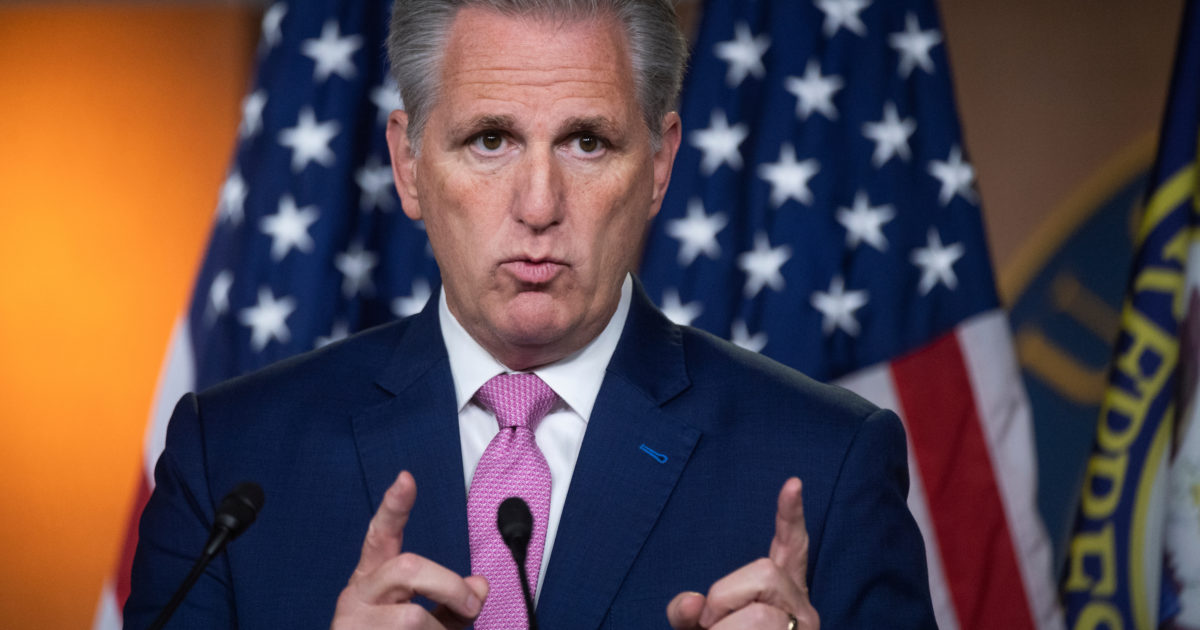 House Minority Leader Kevin McCarthy (R-CA) threatened to introduce a motion on the floor to oust House Speaker Nancy Pelosi (D-CA) as speaker if she attempts to impeach President Trump for “following the constitution” to slow down the Supreme Court confirmation process to fill the vacancy for the late Justice Ruth Bader Ginsburg.

“I will make you this one promise, listening to the Speaker on television this weekend, if she tries to move for an impeachment based upon the president following the Constitution, I think there will be a move on the floor to no longer have the question of her being Speaker. She may think she has a quiver — we do too,” McCarthy told reporters at a press briefing on Wednesday.