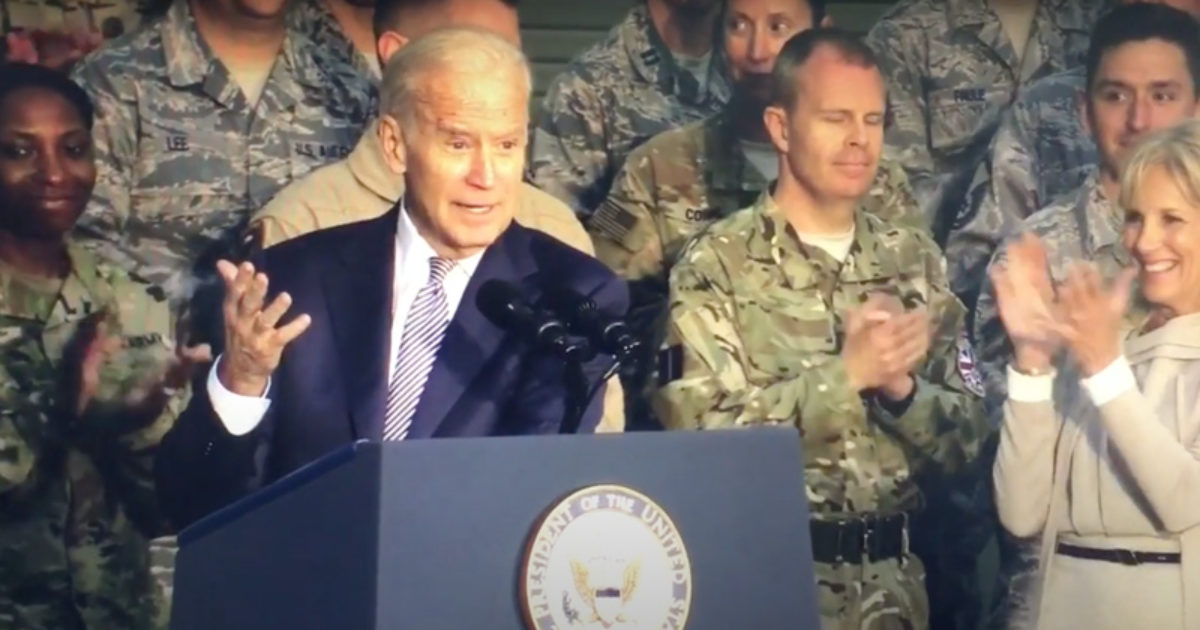 A video surfaced on social media Friday showing the Democratic presidential nominee Joe Biden speaking to overseas U.S. service members where he called them “stupid bastards” and a “dull bunch.”

During his last few months as Vice President, Biden in 2106 visited Al-Dhafra Air Base near the United Arab Emirates capital of Abu Dhabi and addressed the U.S. Airmen stationed at the base. In the speech, the former Vice President attempted to make a joke when he talked about having “incredibly good judgment” based on his wife and whom he appointed to the academy.

“And I want you to know notwithstanding what you may hear about me, I have incredibly good judgment,” Biden said. “One, I married Jill. And two, I appointed Johnson to the academy. I just want you to know that.”