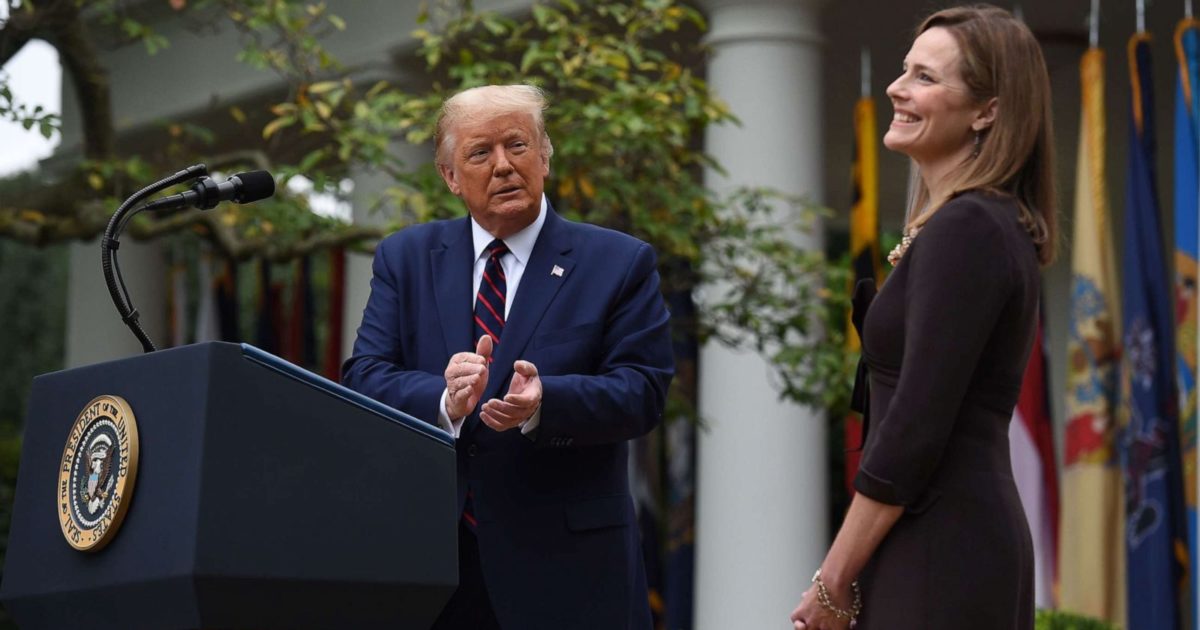 President Trump officially announced that he has selected Judge Amy Coney Barrett as his nominee to fill the vacancy of late Justice Ruth Bader Ginsburg to the Supreme Court, setting up a bitter Senate confirmation battle with just five weeks left until Election Day.

“I stand before you today to fulfill one of my highest and most important duties under the United States Constitution,” Trump said Saturday afternoon in a Rose Garden ceremony. “It is my honor to nominate one of our nation’s most brilliant and gifted legal minds to the Supreme Court. She is a woman of unparalleled achievement, towering intellect, sterling credentials, and unyielding loyalty to the Constitution — Judge Amy Coney Barrett.”

“Amy Coney Barrett will decide cases based on the text of the constitution as written,” Trump added. “As Amy has said, being a judge takes courage. You are not there to decide cases as you may prefer. You are there to do your duty and to follow the law wherever it practice take you. That is exactly what Judge Barrett will do on the U.S. Supreme court.”