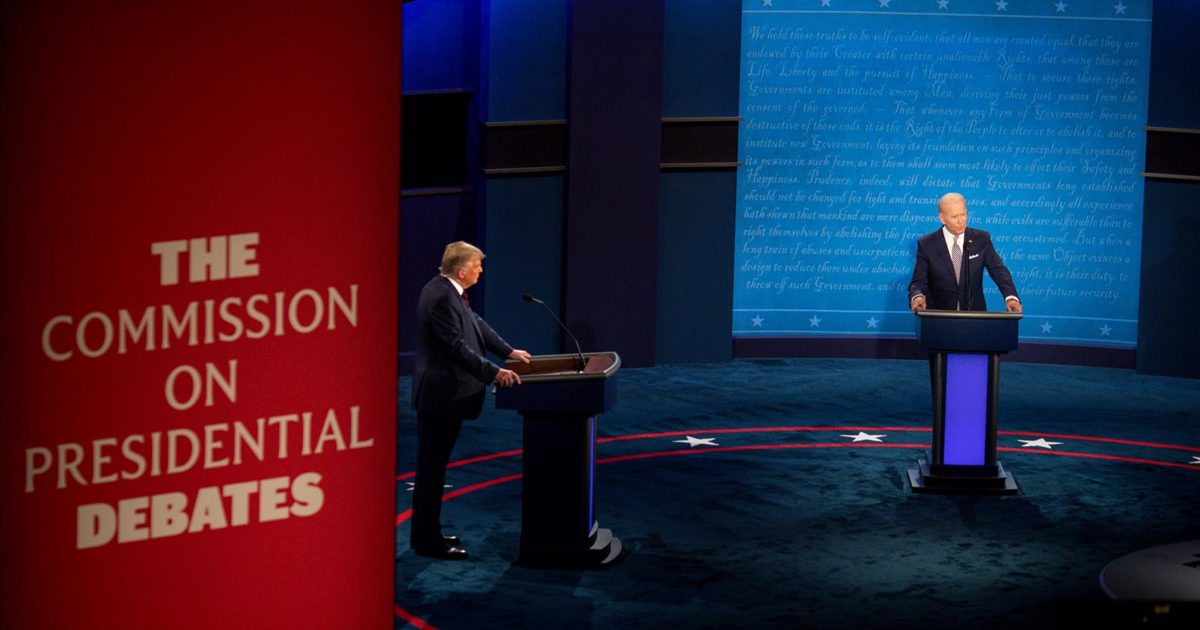 President Trump fired back at Democratic presidential nominee Joe Biden intelligence after the former Vice President took a jab at his rival response to the coronavirus pandemic, stating the president needs “to get a lot smarter” or more people are going to die.

The first of many sparring moments between the two candidates during the first presidential debate in Cleveland Tuesday night occurred when the topic of the Coronavirus pandemic was brought up. Biden was asked about his remarks on the coronavirus virus in which the former Vice President has stated that one should “trust the scientists, but they can’t trust President Trump” and whether he is stroking fear as polls suggest that people are becoming more reluctant to get a vaccine.

“If you believe for a moment what [Trump] is telling you, in light of all the lies he’s told you about the whole issue relating to COVID,” Biden replied before mentioning Bob Woodward audio interviews he conducted with the president where Trump downplayed the virus.

“He still hasn’t even acknowledged that he knew this was happening, knew how dangerous it was going to be back in February, and it didn’t even tell you,” Biden added. “He is on record as saying he panicked, or he just looked at the stock market one of the two, because guess what a lot of people die, and a lot more gonna die unless he gets a lot smarter a lot sooner.”

Trump interjected and shot back, “Did you use the word smart?”

“Don’t ever use the word ‘smart’ with me because there’s nothing smart about you, Joe,” Trump added. “Forty-seven years you’ve done nothing.”

Biden throughout his political career has been caught numerous times exaggerating or embellishing his biography. During a town hall last October in South Carolina, Biden claimed his academic career was “started out” from a historically black college and universities (HBCUs) of Delaware State University.

“I got started out of an HBCU, Delaware State,” Biden said. “Now, I don’t want to hear anything negative about Delaware State. They’re my folks.”

Delaware State refuted the claim, telling the Washington Times that the former Vice President was never a student and was only a commencement speaker.

“Vice President Biden did not attend DSU,” Carlos Holmes, director of news service for Delaware State said. “However he was the Commencement keynote speaker in 2003 and 2016, and during the former, he was awarded an honorary doctoral degree.”

On his academy record, Biden doubled majored in history and political science and earned his Bachelor of Arts degree in 1965 from the University of Delaware. According to public records, the former Vice President graduated from Delaware 506th in a class of 688 with a “C” average. For law school, Biden attended Syracuse University College of Law and graduated 76th out of a law school class of 85.