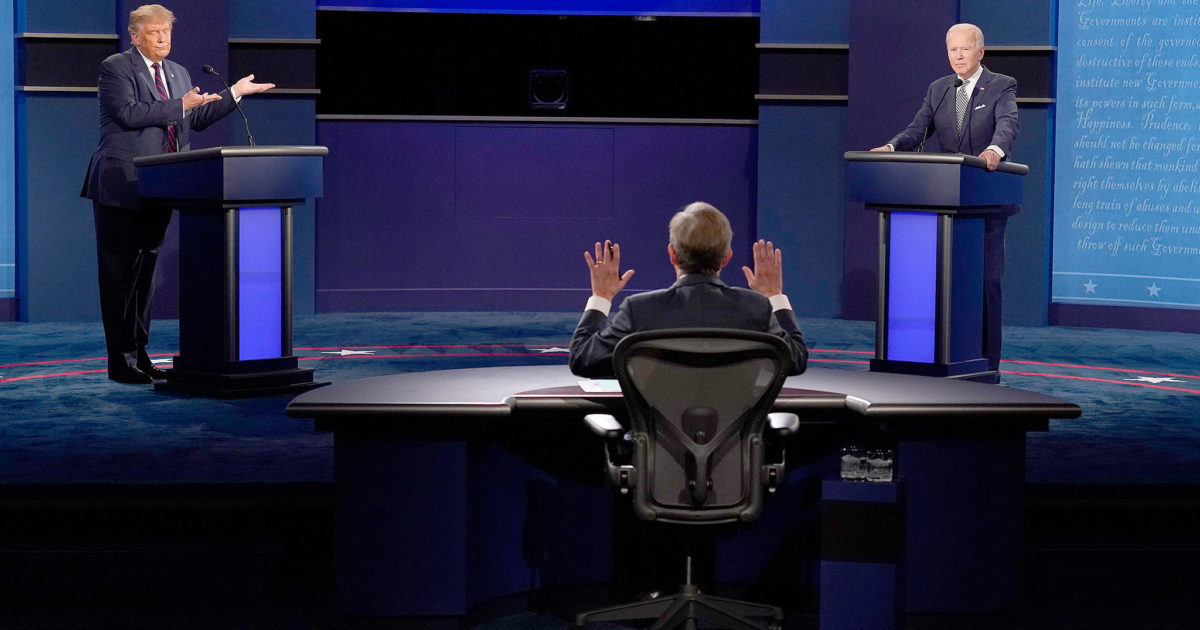 Democratic nominee Joe Biden refused to answer the question during the first presidential debate Tuesday night as to whether he would support “packing” the Supreme Court if elected President and the Senate Republicans confirms President Trump’s nominee Amy Coney Barrett.

“If Senate Republicans go ahead and confirm Justice Barrett there has been talk about ending the filibuster or even packing the court, adding to the nine justices there. You call this a distraction by the President. But, in fact, it was brought up by some of your Democratic colleagues in the Congress,” Debate moderator and Fox News anchor Chris Wallace asked Biden. “My question to you is, you have refused in the past to talk about it, are you willing to tell the American people tonight whether or not you will support either ending the filibuster or packing the court?”

“Whatever position I take on that, that will become the issue,” Biden replied. “The issue is the American people should speak. You should go out and vote. You’re in voting now. Vote and let your senators know how you strongly you feel.”