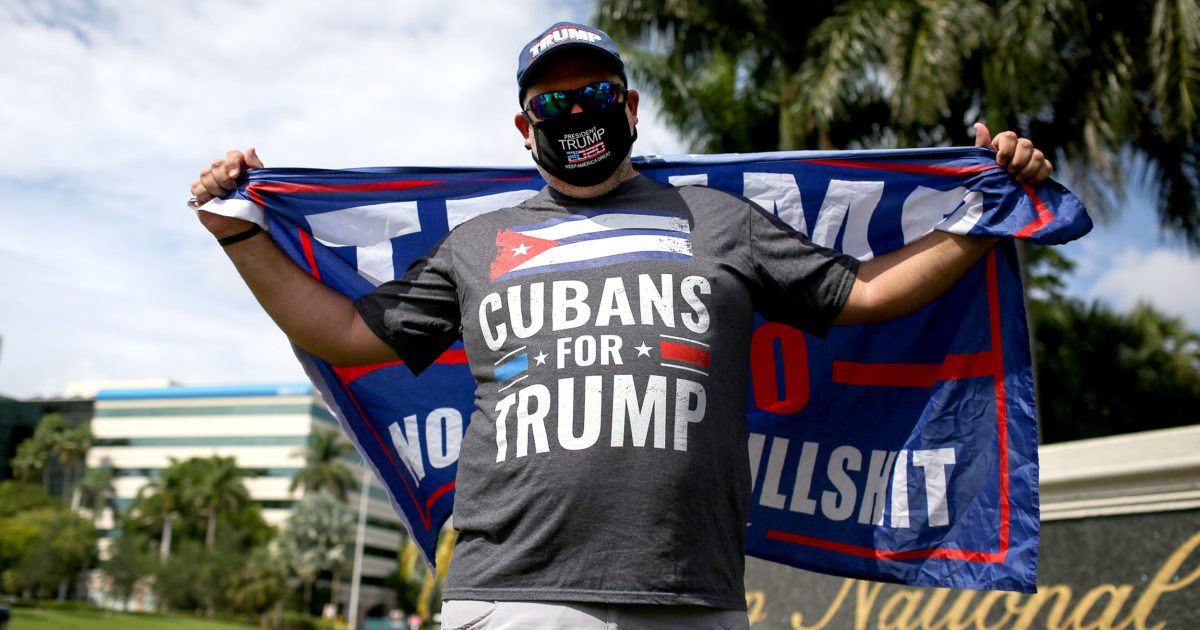 A majority of Cuban Americans in South Florida support President Trump and are planning to vote for him in November, according to the latest Florida International University poll released Friday.

According to the FIU Cuba Poll, it found that 59 percent of registered Cuban American voters will vote for Trump next month, compared to only 25 percent who intend to vote for Democratic presidential nominee Joe Biden. Only ten percent of all registered voters currently remain undecided, with the majority of those are being independent voters.

“Cubans remain a majority Republican ethnic group and like the majority of Republicans throughout the country, they are supportive of President Trump and his administration’s approach to governing,” Guillermo Grenier, the primary sponsor of the poll said. “He receives high marks on handling all of the measured key national issues as well as his handling of Cuba policy and will receive a strong majority of the Cuban-American vote on Election Day.”