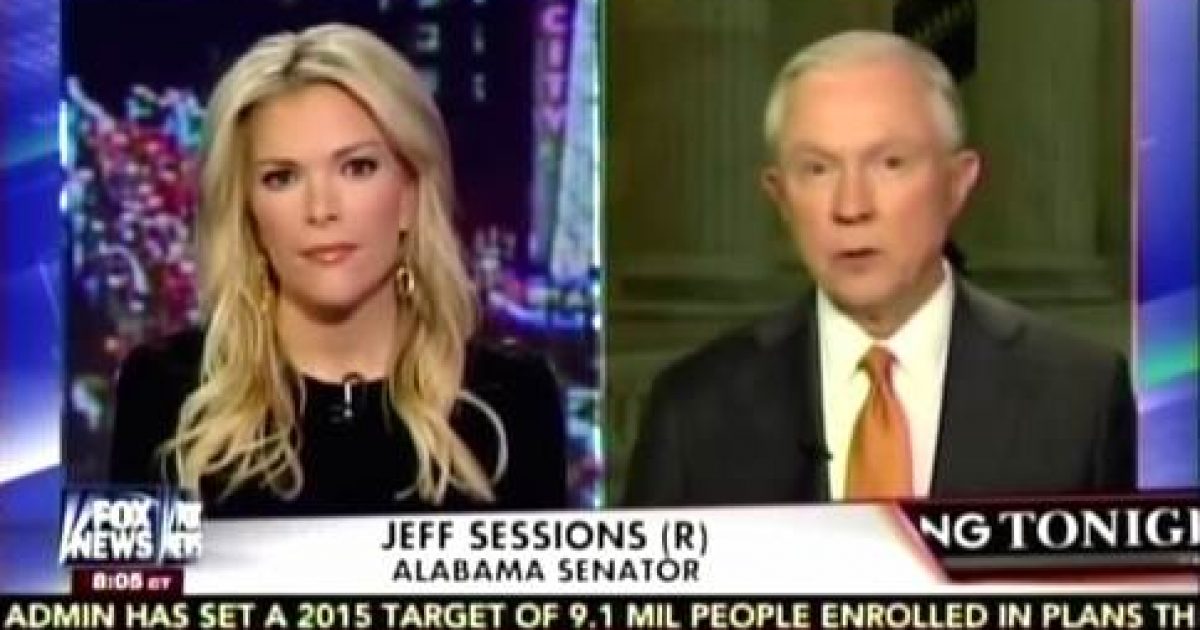 Senator Jeff Sessions (R-AL) called out President Obama about his amnesty bill on Fox News. He agreed with the host, Megyn Kelly, when she said the President is talking out of both sides of his mouth when he tells others he did not say it was unconstitutional for him to pass amnesty reform by way of executive action. When in fact he did say it approximately ten times.

Sessions had the following to say about President Obama:

The President has refused to enforce [immigration] law that Congress has passed and he has created an alternative system of immigration that Congress explicitly refused to pass . . .  This is such basic erosion of Congressional authority that it goes without saying that Republicans and Democrats together should reject it. We absolutely have to reject it. This is not going to be able to stand. We cannot allow it to stand.

He went on to say:

[Congress] should fund the government of the United States but just explicitly bar the President from spending any money, fees or otherwise, belonging to the U.S. Treasury to promote his amnesty scheme. [The Administration] is already renting a building, hiring 1,000 workers to process this, spending $100 million plus on that alone. We can bar the expenditure of that money . . . Our Congress needs to stand up and be counted.

As we pointed out previously the amnesty bill will also allow illegal aliens to receive social security benefits. Senator Sessions also said a few months ago the President would be allowing millions of immigrants to take jobs away from already struggling American workers. He said the expected amount of American’s that will be effected is in millions.