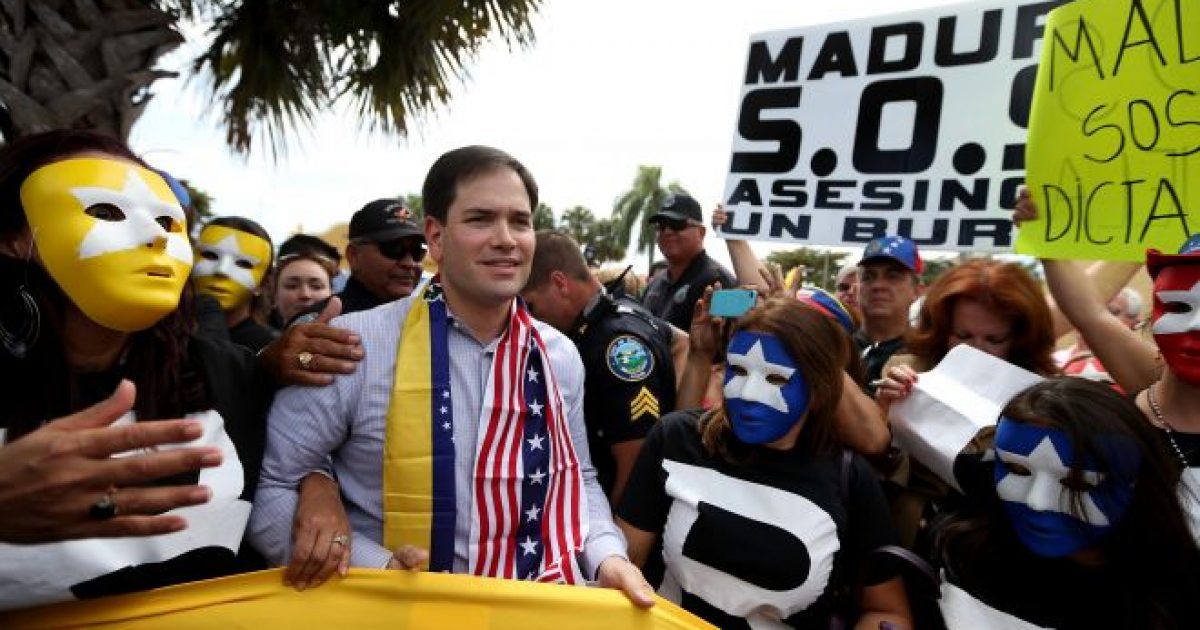 Florida’s junior Senator and 2016 Presidential hopeful, Marco Rubio, has called the Obama administration’s meeting with Diosdado Cabello “Bizarre and confusing”. In a press release, The Senator condemns the administration for meeting with one of Venezuela’s “most corrupt officials.

‎By meeting with the Venezuelan regime’s most corrupt official, who also happens to be under investigation as a drug kingpin, the Obama Administration‎ is sending a bizarre and confusing message to the Venezuelan people as well as U.S. prosecutors investigating him. Instead of legitimizing Diosdado Cabello, the Obama Administration should implement sanctions against him for his key role in human rights violations, as it continues its drug trafficking investigation.

These mixed messages from the Obama Administration are especially appalling at a time when Leopoldo Lopez and other brave Venezuelan political prisoners are waging a hunger strike against the regime of Nicolas Maduro ‎for its ongoing violations of human rights.