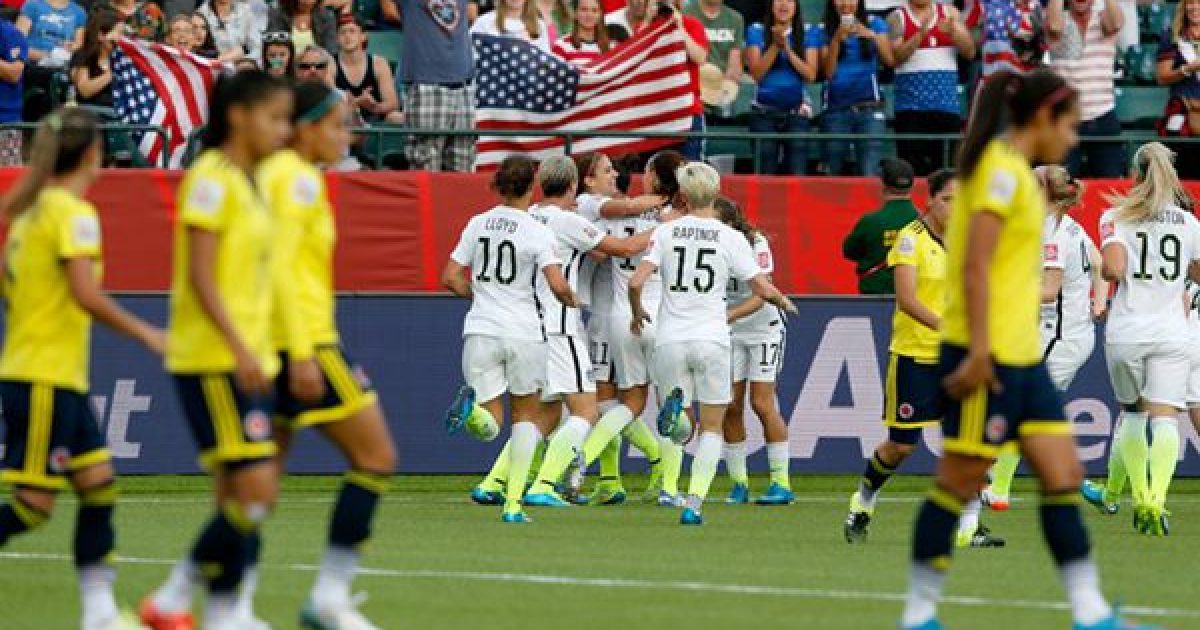 In a World Cup which has thankfully not been overshadowed by FIFA corruption scandals, there are no Latin American or Hispanic representatives left. Colombia, who was the last hope for any kind of cinderella run for a hispanic team was crashed out last night after a 2-0 defeat to The United States.

The Lady Yanks, who have not played particularly well in the tournament, have reached the quarter finals in every Women’s World Cup ever played, and will now face China on Friday.

The cup started with 6 Hispanic countries, Brazil, Colombia, Mexico, Costa Rica, Ecuador and Spain, yet none of them were able to find their way into the quarterfinals. Most surprisingly was the spectacular crashing out of perennial power Brazil, who lost a heart breaker to Australia 1-0.