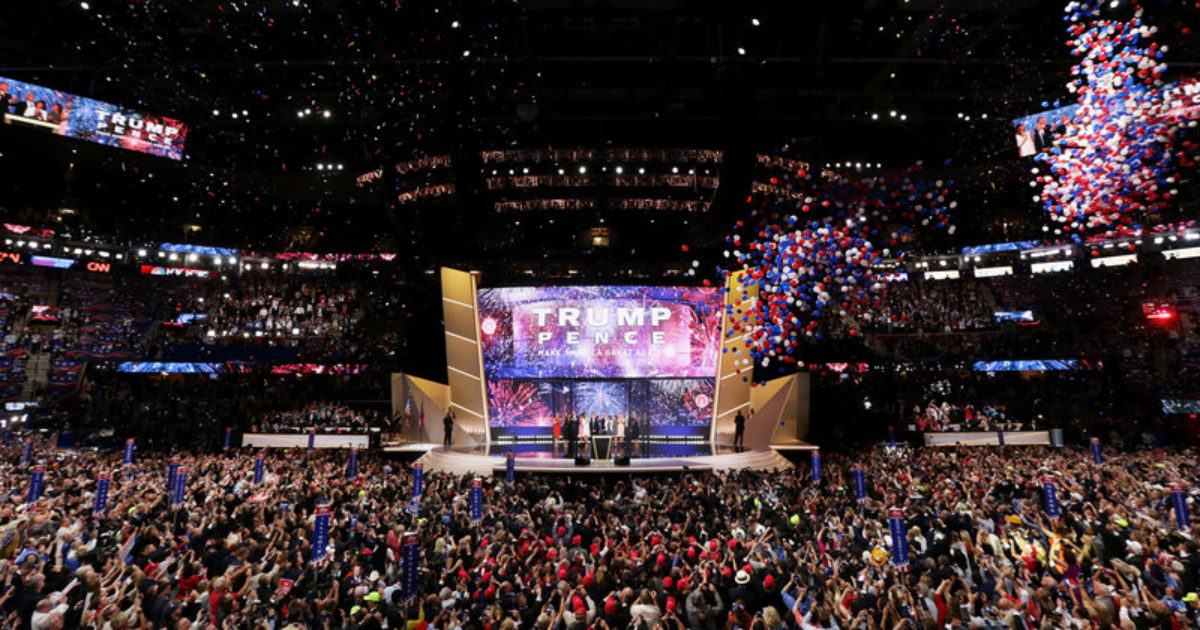 President Trump said the GOP is now “forced” to find a new state to host the 2020 Republican National Convention after North Carolina refused to “guarantee” full occupancies of the arena due to the coronavirus.

“Had long planned to have the Republican National Convention in Charlotte, North Carolina, a place I love. Now, @NC_Governor Roy Cooper and his representatives refuse to guarantee that we can have use of the Spectrum Arena. Spend millions of dollars, have everybody arrive, and….then tell them they will not be able to gain entry,” Trump wrote in a series of tweets Tuesday night.

“Governor Cooper is still in Shelter-In-Place Mode, and not allowing us to occupy the arena as originally anticipated and promised. Would have showcased beautiful North Carolina to the World, and brought in hundreds of millions of dollars, and jobs, for the State,” he continued, saying the party is “now forced to seek another State to host the 2020 Republican National Convention.”

In a letter to the Republican National Committee, Governor Cooper said the party should be “planning for a scaled-down convention with fewer people, social distancing and face coverings.”

The RNC requested that North Carolina Governor guarantee a “full convention” consisting of “19,000 delegates, alternative delegates, staff, volunteers, elected officials inside the [Charlotte] Spectrum Center.” RNC Chairwoman Ronna McDaniel set Wednesday a deadline for Cooper and North Carolina officials to decide on whether they would grant the party request for a full convention this summer.

in a statement after Cooper’s letter, McDaniel stated that Republicans will “begin visiting multiple cities and states” to scout for alternative locations.

“We hope to still conduct the business of our convention in Charlotte, but we have an obligation to our delegates and nominee to begin visiting the multiple cities and states we have reached out to in recent days about hosting an historic event to show that America is open for business,” McDaniel said in a statement, and also accused Cooper of “dragging his feet” on providing planners with guidance.

Trump threatened to move the convention from Charlotte last week as multiple Republican governors offered their states, including Florida and Georgia, as a potential host.

According to Politico, RNC officials are expected to travel to Nashville, Tennessee this weekend. They are also considering Las Vegas, Orlando, Jacksonville and venues in Georgia prior to failing to reach an agreement with Cooper.

The committee CEO of the Democratic National Convention slammed Republicans for planning a full-scale convention during the coronavirus pandemic.

“While the Trump Administration is ignoring the public health landscape, presuming things will miraculously improve in under three months, and moving forward with plans for a massive in-person convention – Democrats are acknowledging the severity of this pandemic that’s already killed over 100,000 Americans and taking proactive steps in coordination with our elected officials to prevent more people from getting sick,” DNC Committee CEO said in a statement.

The RNC convention is scheduled to be held August 24-27.