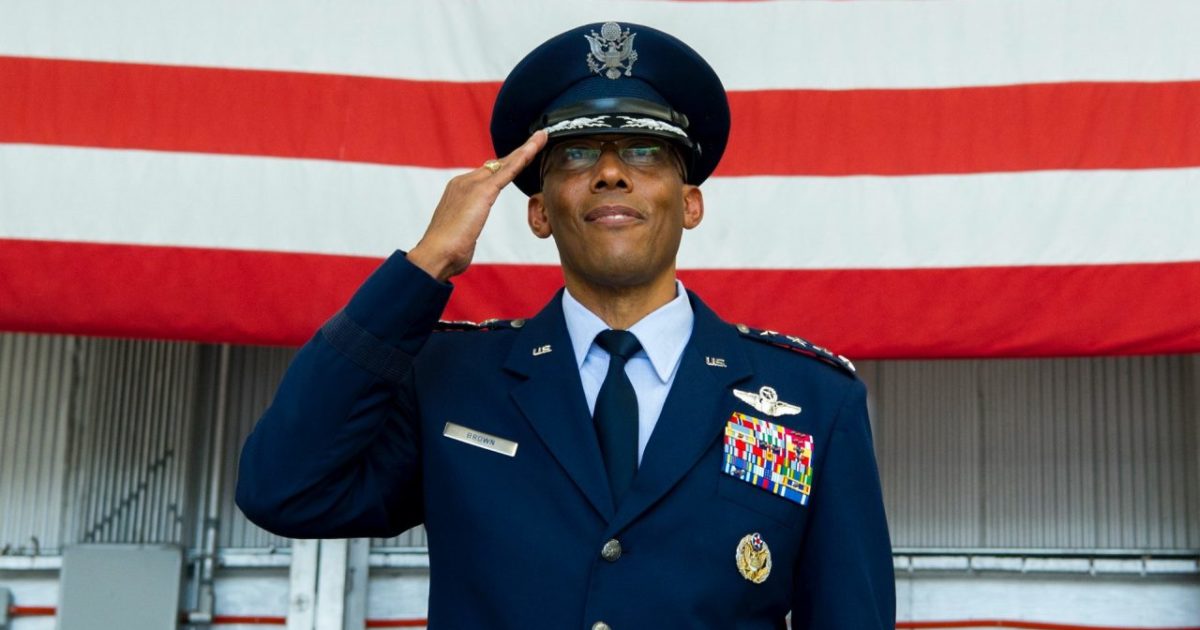 Vice President Mike Pence made a rare appearance on the Senate floor to preside over the historic 98-0 vote to confirm Brown to be the 22nd Air Force chief of staff.

President Trump nominated Brown in early March, but the confirmation hearing was delayed due to the disruption of the coronavirus pandemic. Brown’s nomination was approved two months in May by the Senate Armed Services Committee.

The president celebrated Brown’s confirmation Tuesday just an half hour before the Senate conducted the vote, hailing the General as a ”Patriot and Great Leader.”

“My decision to appoint @usairforce General Charles Brown as the USA’s first-ever African American military service chief has now been approved by the Senate,” Trump tweeted. “A historic day for America! Excited to work even more closely with Gen. Brown, who is a Patriot and Great Leader!”

My decision to appoint @usairforce General Charles Brown as the USA’s first-ever African American military service chief has now been approved by the Senate. A historic day for America! Excited to work even more closely with Gen. Brown, who is a Patriot and Great Leader!

Considered a historic confirmation, Brown will be the first African American to sit on the Joint Chiefs of Staff since Colin Powell was chairman from 1989 to 1993. His distinguished 35 year career in the Air Force includes the four-star general serving as deputy commander of U.S. Central Command for two years, commander of U.S. Air Forces Central Command from 2015 to 2016, and a decorated fighter pilot where he racked up nearly 3,000 flying hours, including 130 combat hours in multiple combat tours across the Middle East, Europe and Asia.

Brown who currently is the commander of U.S. Pacific Air Forces since July 2018 will replace current Air Force Chief of Staff Gen. David Goldfein, who is retiring at the end of the month. One of General Brown’s first tasks will be getting the newly created Space Force up and running.

“CQ Brown is one of the finest warriors our Air Force has ever produced. He’s led worldwide – in the Pacific, Europe, the Middle East and Africa,” Gen Goldfein said in a statement after Brown’s nomination. “When it comes to global, operational savvy there’s nobody stronger. Congratulations to Gen Brown on his nomination to be our next Chief.”

The vote came amid nationwide protests following the death of George Floyd in police custody. Brown reflected in an emotional five minute video message last Friday, where he shared his experience as a career military officer, being one of only two African American four-star generals currently serving in the U.S. military.

“Without clear-cut answers, I just want to have the wisdom and knowledge to lead during difficult times like these,” Brown added. “I’m thinking about how my nomination can provide some hope, but also comes with a heavy burden. I can’t fix centuries of racism in our country, nor can I fix decades of discrimination that may have impacted members of our Air Force.”

The Air Force announced after the confirmation that Brown’s swearing-in ceremony will be held Aug. 6.