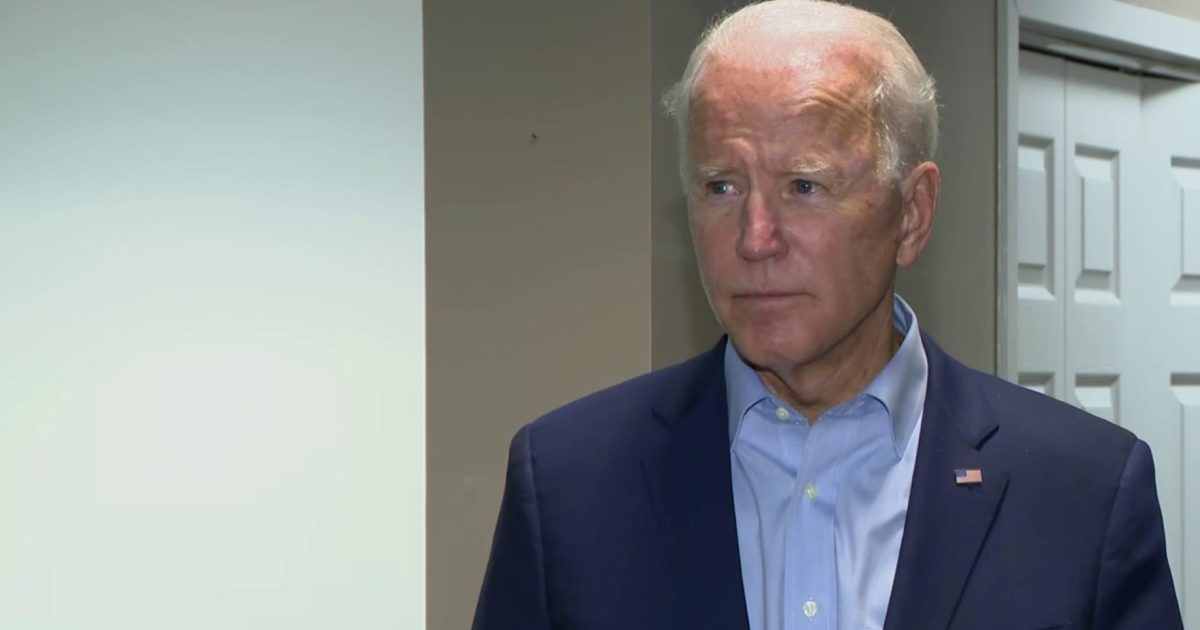 Democratic presidential nominee Joe Biden told reporters Friday night that the winner of the presidential race should be the person who gets to pick the successor for the late Justice Ruth Bader Ginsburg to the Supreme Court.

Biden in brief three-minute remarks noted how Senate Republicans in 2016 blocked President Obama’s nominee Merrick Garland to replace the late Justice Antonin Scalia, from getting a hearing ten months or fill the vacant before the 2016 election.

“This was the position the Republican Senate took in 2016 when there were almost 10 months to go before the election,” Biden said. “That’s the position the United States Senate must take today. And the election is only 46 days off. I think the fastest justice ever confirmed was 47 days, and the average is closer to 70 days. And so they should do this with full consideration, and that is my hope and expectation what will happen.”

McConnell vowed Friday night to move whomever President Trump nominates to fill Ginsburg’s seat from his list of 43 names to get a Senate floor vote.

“Americans reelected our majority in 2016 and expanded it in 2018 because we pledged to work with President Trump and support his agenda, particularly his outstanding appointments to the federal judiciary. Once again, we will keep our promise,” McConnell said in a statement. “President Trump’s nominee will receive a vote on the floor of the United States Senate.”

Senate Democrats quickly called a hold to fill the seat until next year. Senate Minority Leader Chuck Schumer using McConnell’s exact quote from 2016 to tweet that the Majority Leader should follow his own rules to let the next president fill the vacancy.

“The American people should have a voice in the selection of their next Supreme Court Justice. Therefore, this vacancy should not be filled until we have a new president,” Schumer tweeted.

Biden, who presided over Ginsburg’s confirmation hearing as chairman of the Senate Judiciary Committee in 1993, praised the liberal Justice as a “giant in the legal profession.”

“We learned of the death of Ruth Bader Ginsburg, who is not only a giant in the legal profession, but a beloved figure,” Biden said. “And my heart goes out to all those who cared for her and care about her. And she practiced the highest American ideals as a justice, equality, and justice under the law. And Ruth Bader Ginsburg stood for all of us.”

Ginsburg died Friday at 87 due to complications of metastatic pancreatic cancer.