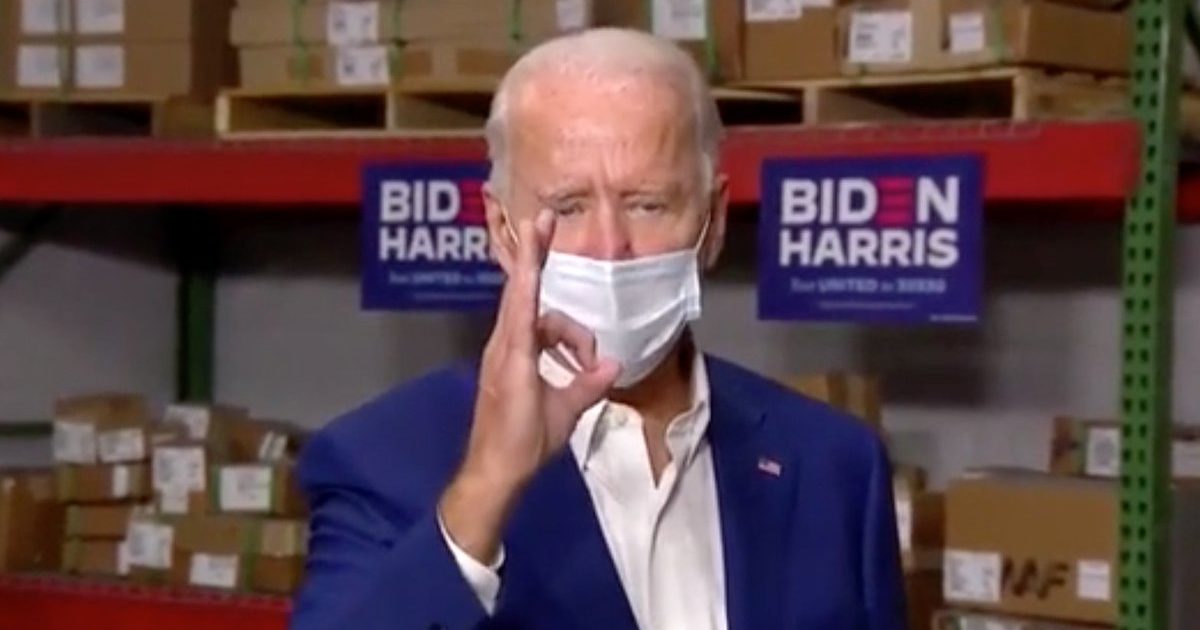 Democratic Presidential candidate Joe Biden in yet another gaffe this time just days before the first debate against President Trump, completely botched the Pledge of Allegiance Monday during a campaign event in Wisconsin.

The actual text of the pledge reads, “I pledge allegiance to the Flag of the United States of America, and to the Republic for which it stands, one Nation under God, indivisible, with liberty and justice for all.”

The Biden campaign released the remarks to reporters shortly after Biden spoke. The remarks are the same text used for the teleprompter that the former Vice President frequently depends on when giving his speeches. Based on the transcript, it shows that it was actually the Biden campaign who butchered the Pledge of Allegiance when formulating the speech while Biden just reading word by word off the teleprompter, not realizing when he was reciting the sentence that words were missing.

Liberal media came to the defense for Biden after the clip went viral on social media, saying the sentence wasn’t actually the Pledge. The Associated Press did a “fact check,” calling the botched claim “false” saying that Biden was not attempting to “recite the full Pledge of Allegiance,” and that his remarks only included a few words in referencing the pledge in his speech. A spokesperson with the Biden campaign also confirmed that Biden was referencing the pledge in his remarks, not citing the pledge, according to the AP.

This isn’t the first time nor the last that Biden flubbed when reciting historic American documents.

In March, Biden during a campaign stop in Texas fumbles that “thing” called the Declaration of Independence while attempting to recite parts of it.

“We hold these truths to be self-evident. All men and women created by — you know, you know, the thing,” Biden said.

The actual line that Biden forgot and called “the thing”– “We hold these truths to be self-evident, that all men are created equal, that they are endowed by their Creator with certain unalienable Rights, that among these are Life, Liberty and the pursuit of Happiness.”

In June, during remarks with the NAACP, Biden confuses the U.S. Constitution with the Declaration of Independence.

“It’s not fair,” Biden said. “The Constitution says all men and women are created equal.”