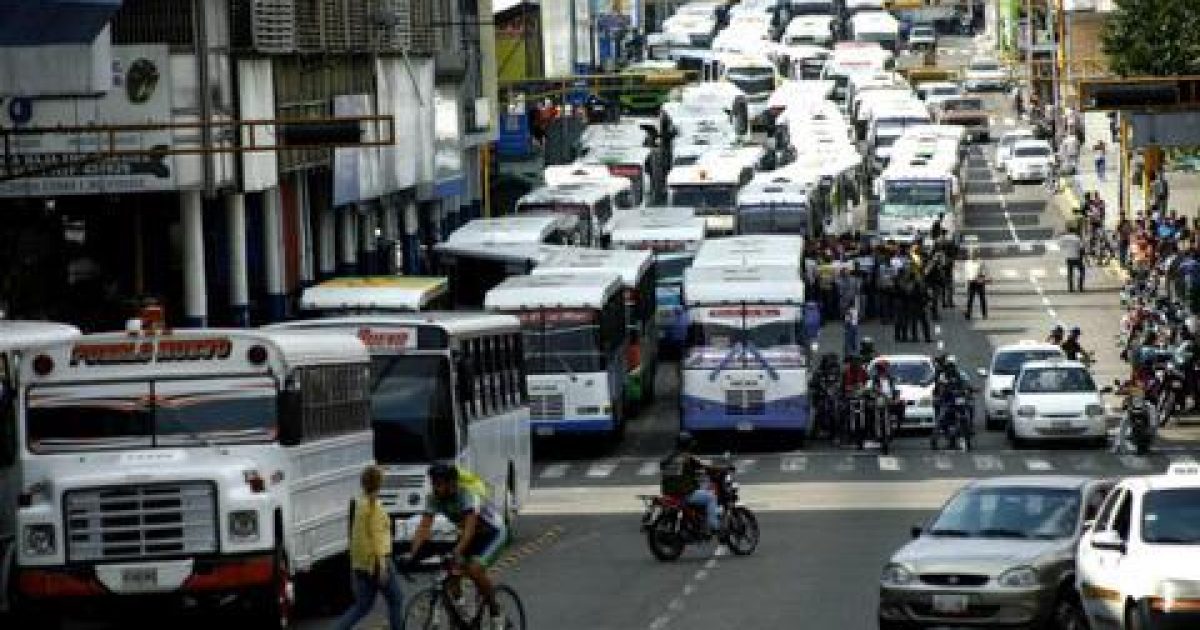 The month of June began with yet another massive protest in Venezuela against what citizens are calling a “State of Tyranny”. Yesterday morning the city of San Cristobal in the state of Tachira woke up to find a complete halt of all public transport.

They did not simply park their cabs and busses and not go to work, however. The pubic workers took their rides and parked them all along the principal roads of the city, blocking 75% of the traffic around the city which has become the center of opposition and resistance to the military dictatorship.

The hasty “strike” has undoubtedly affected what little commerce is left in the embattled province. Since President Nicolas Maduro came to power, the state of Tachira has been at the center of government oppression and military and police crackdowns against its citizens, leading to numerous cases of human rights abuses.