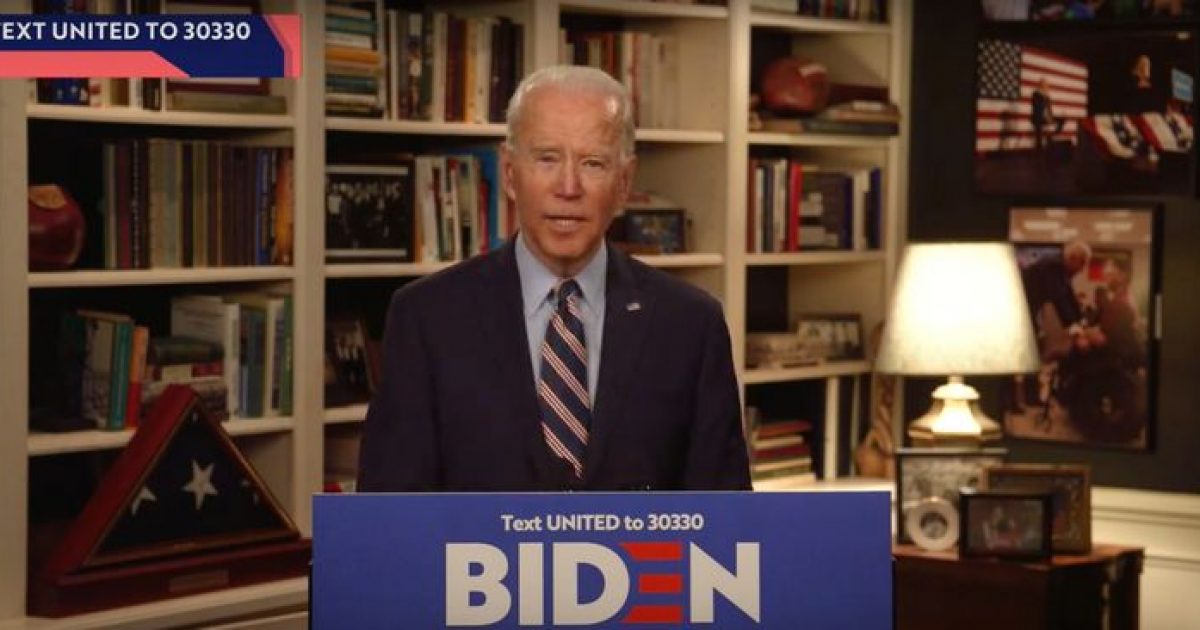 Former Vice President Joe Biden emerged from the political shadows to address his supporters virtually for the first time in nearly a week, accusing President Trump for a slow and ineffective response to the coronavirus crisis.

“For too long, the warning signs were ignored,” Biden said from his basement makeshift broadcast studio in his Wilmington, Delaware home. “For too long, the administration said the threats were under control, contained, or like the flu. The president said no one saw this coming. That’s just not accurate. Our intelligence officials were warning about the coronavirus threat in January. Just based on public information I had, I warned the threat was getting worse way back on January 27.”

He added, “My point is that the mindset that was slow to recognize the problem in the first place — to treat it with the seriousness it deserved — is still too much a part of how the president is addressing the problem. That’s a failure of planning and preparation by this White House.”