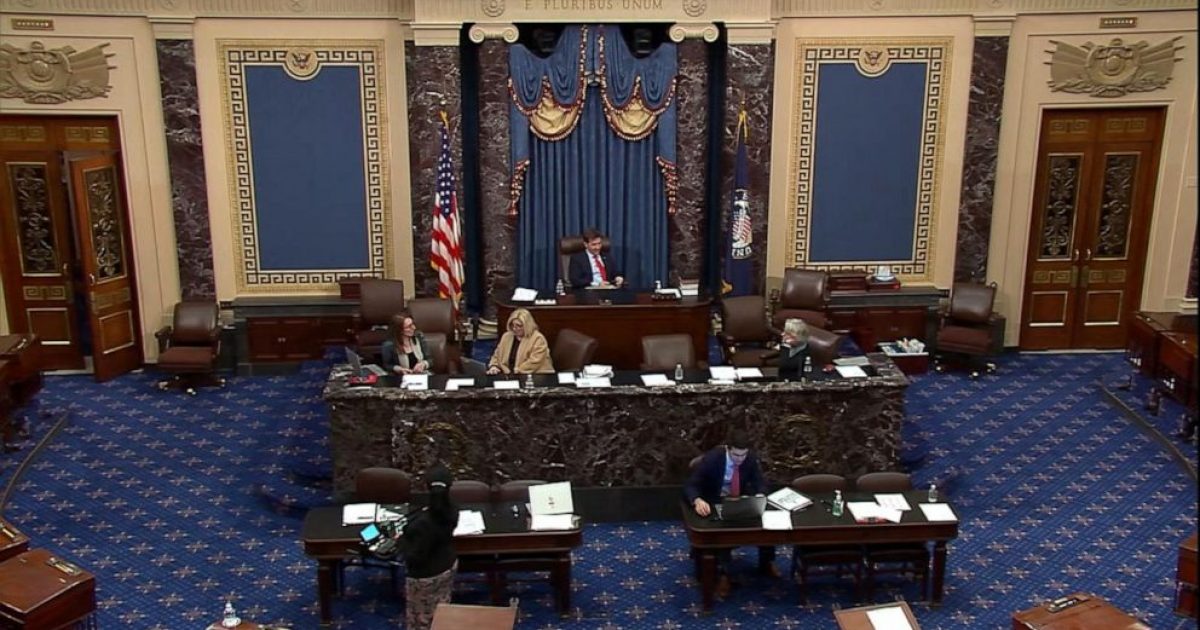 The Senate on Monday failed to move ahead with a massive coronavirus stimulus package aimed at helping the economy amid for the second time in two short days due to Democrats blocking the bill in an effort to include “an ideological wish list.”

The vote was 49-46, falling short of the 60 votes needed to advance. Five Republican senators decided to self-quarantine, with one senator — Rand Paul (R-KY) announced that he tested positive for the coronavirus.

Democrat Sen. Doug Jones of Alabama broke with the party to vote in support of the measure. He voted “no” in the first procedural vote Sunday evening.