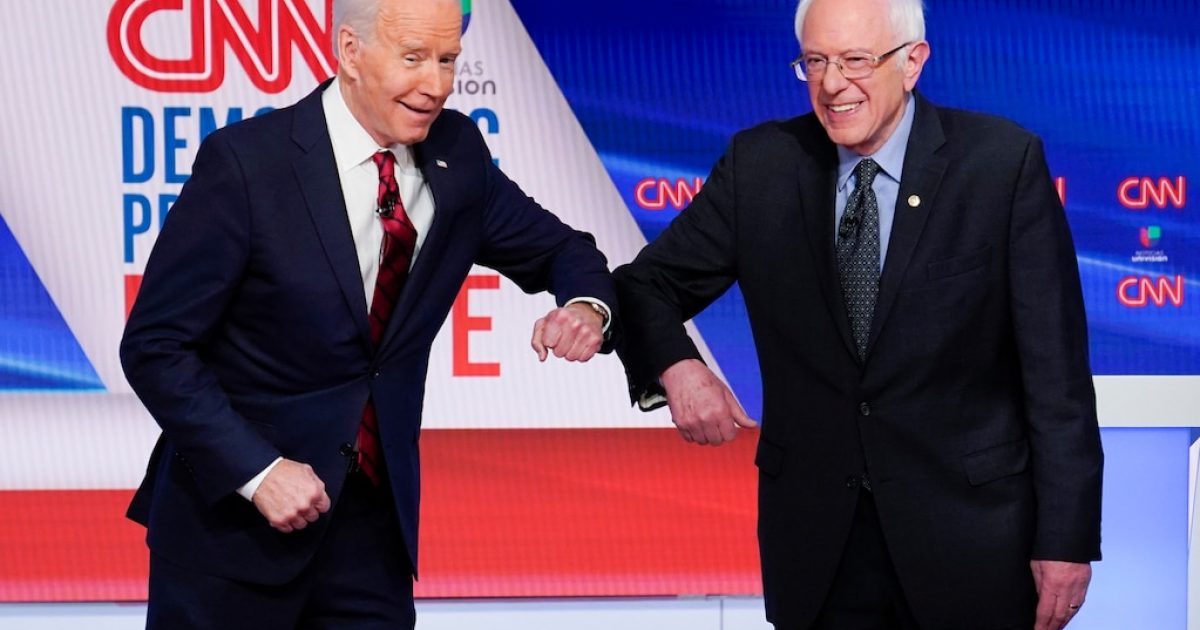 Presumptive Democratic presidential nominee Joe Biden responded to Sen. Bernie Sanders (I-VT) campaign request about a potential debate in April saying, “We’ve had enough debates, I think we should get on with this.”

When asked by a reporter about the Vermont senator announcing that he plans to participate in the Democratic presidential debate in April if one is held, would he participate?

“My focus is just dealing with this crisis right now, I haven’t thought about any more debates,” Biden responded. “I think we’ve had enough debates, I think we should get on with this.”