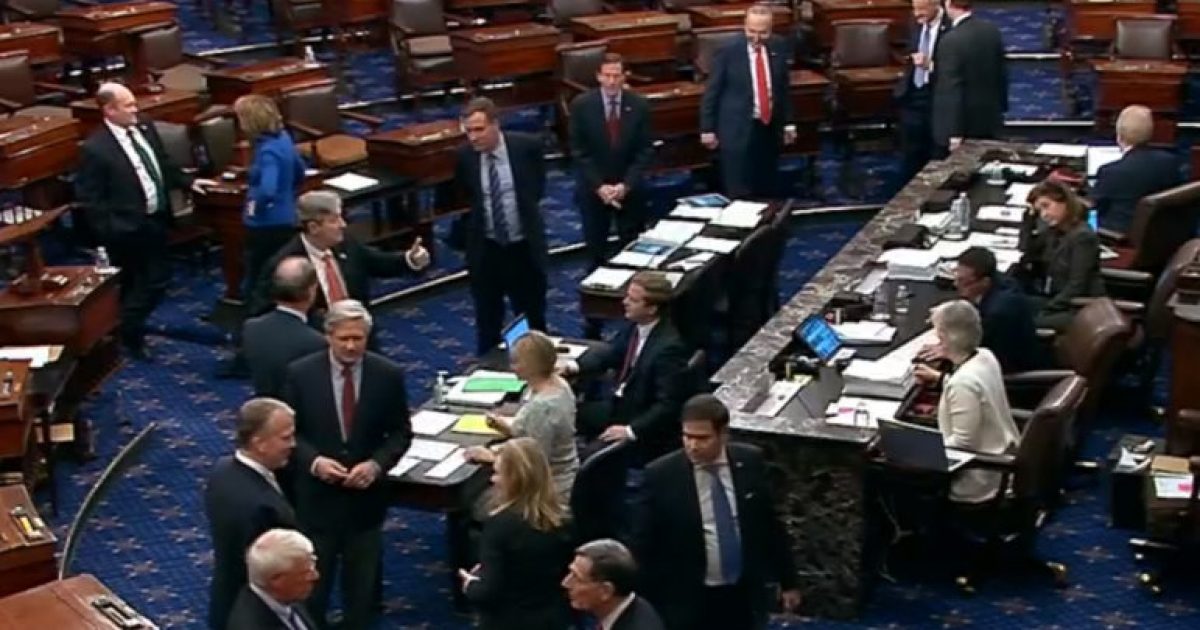 The Senate unanimously passed late Wednesday evening on a massive $2-trillion relief package aimed at jolting the economy from the detrimental impact amid the coronavirus outbreak crisis.

The 96-0 vote comes less than 24 hours ago when  Senate leaders and White House officials announced that they had finally reached a deal after five days of intense negotiations that produced the most expensive and far-reaching bipartisan measures in the history of Congress.

Senate Majority Leader Mitch McConnell (R-KY) compared the efforts by Congress to combat the coronavirus to being on a “war-time footing.”