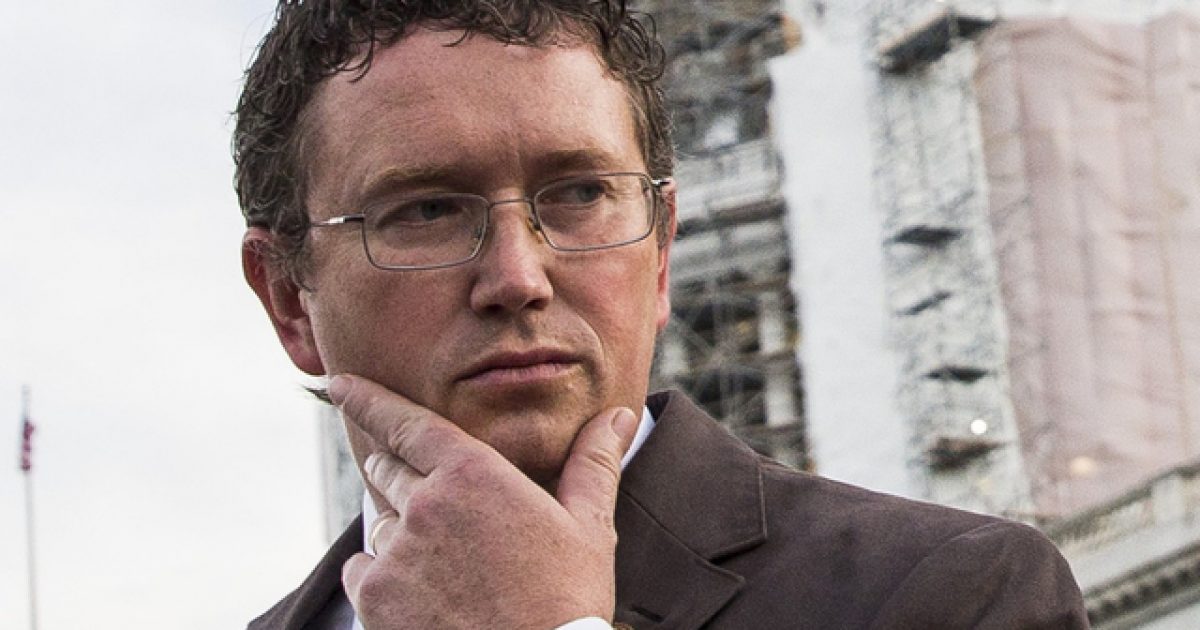 President Trump lashed out at Rep. Thomas Massie (R-KY) as a “third rate Grandstander” who “wants the publicity” and called for him to be kicked out of the Republican Party after the Kentucky lawmaker threatened to delay $2 trillion coronavirus relief package to pass in the House by unanimous consent.

“Looks like a third rate Grandstander named @RepThomasMassie, a Congressman from, unfortunately, a truly GREAT State, Kentucky, wants to vote against the new Save Our Workers Bill in Congress,” Trump wrote in a pair of tweets Friday morning.

“He just wants the publicity. He can’t stop it, only delay, which is both dangerous … & costly.”