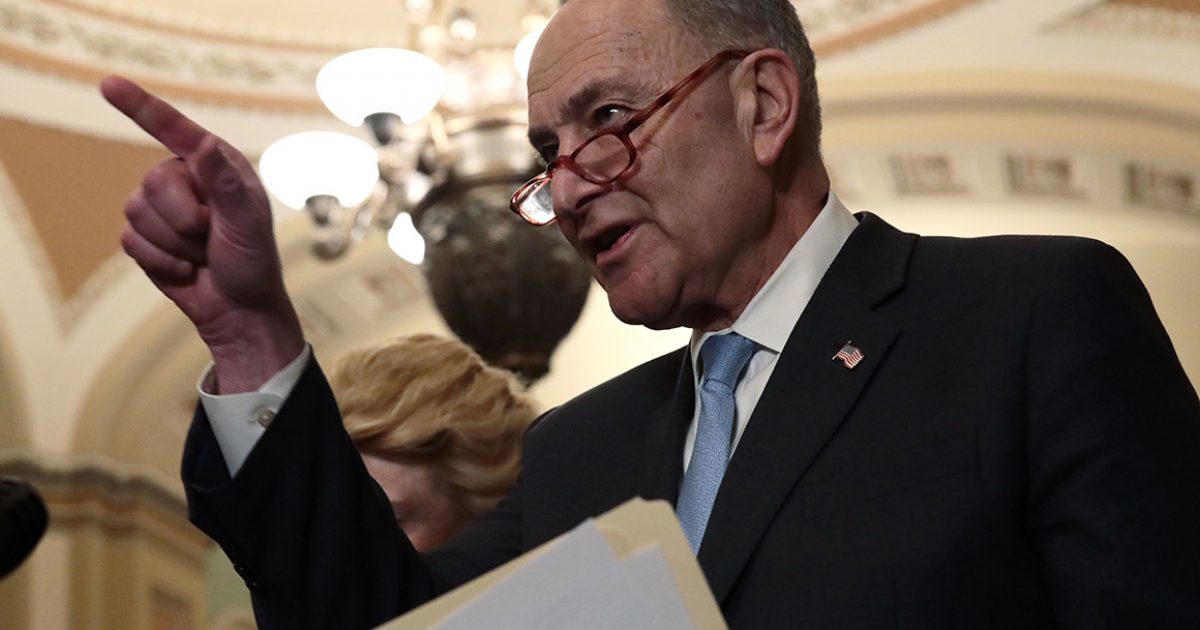 “I am sending a letter with my democratic ranking members and leaders today to McConnell and saying, what we should do now that we’re coming back next week is have a hearings oversight,” Schumer said in an interview on MSNBC’s “Morning Joe” Tuesday morning. “Congress can pass laws and they can be very good laws, these were bipartisan they passed 96 to nothing but this administration has been an abject failure at implementing most of these laws, they don’t have the qualifying personnel, they don’t have the focus all too often it seems the President’s ego is at stake.”

He added, “We have an obligation in a bipartisan way to the American people to do oversight call these people before the Congress, or the Senate, having these hearings be publicized, and this will enable them to ask a question after a tough question. The executive branch has failed miserably at implementing almost all the things Congress has passed, and I’ve never seen it administration so bad at enacting the laws that Congress has put together.”