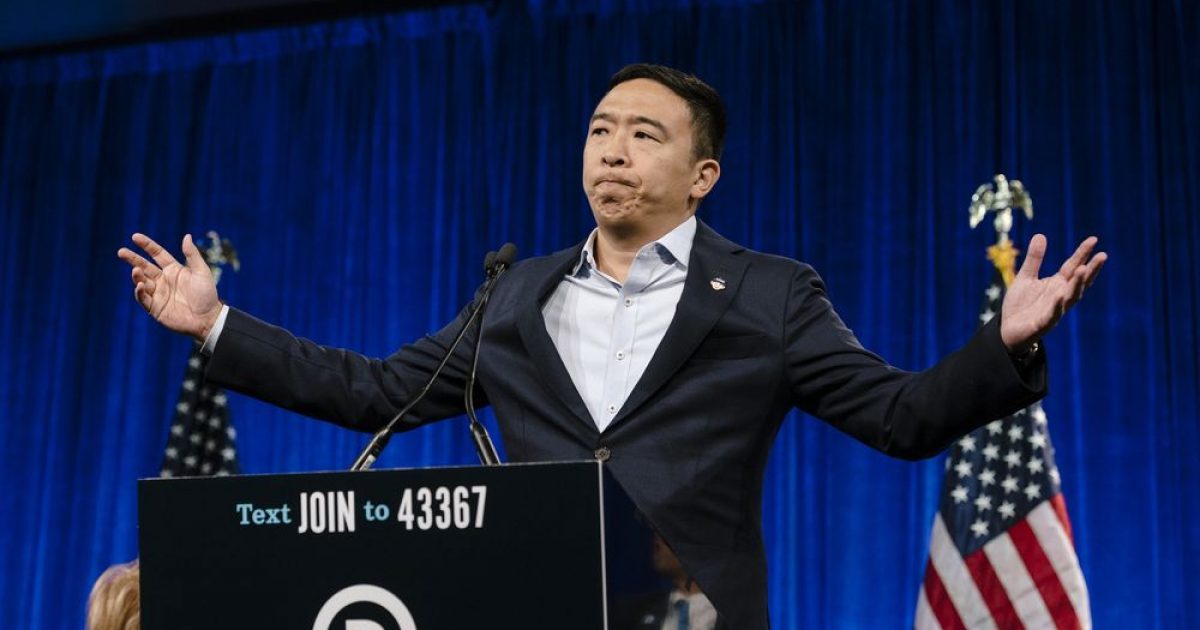 Former Democratic presidential candidate Andrew Yang filed a lawsuit against New York State in federal court over the Board of Election’s recent decision to cancel its presidential primary in June.

Joined by seven New Yorkers who filed to serve as candidates for Yang’s delegation to the Democratic National Convention, the lawsuit argued that neither Yang nor the delegates should be taken off the ballot since they met the state requirement to stay on it.

“The New York State Board of Elections’ commissioners voted unanimously to cancel entirely the June 23, 2020, Democratic Presidential Primary, while allowing the other elections to continue. This unprecedented and unwarranted move infringes the rights of Plaintiffs and all New York State Democratic Party voters, of which there are estimated to be more than six million, as it fundamentally denies them the right to choose our next candidate for the office of President of the United States,” the lawsuit reads, noting that the board can’t provide any “colorable justification as to why they canceled the presidential primary and not other federal or state primaries.”