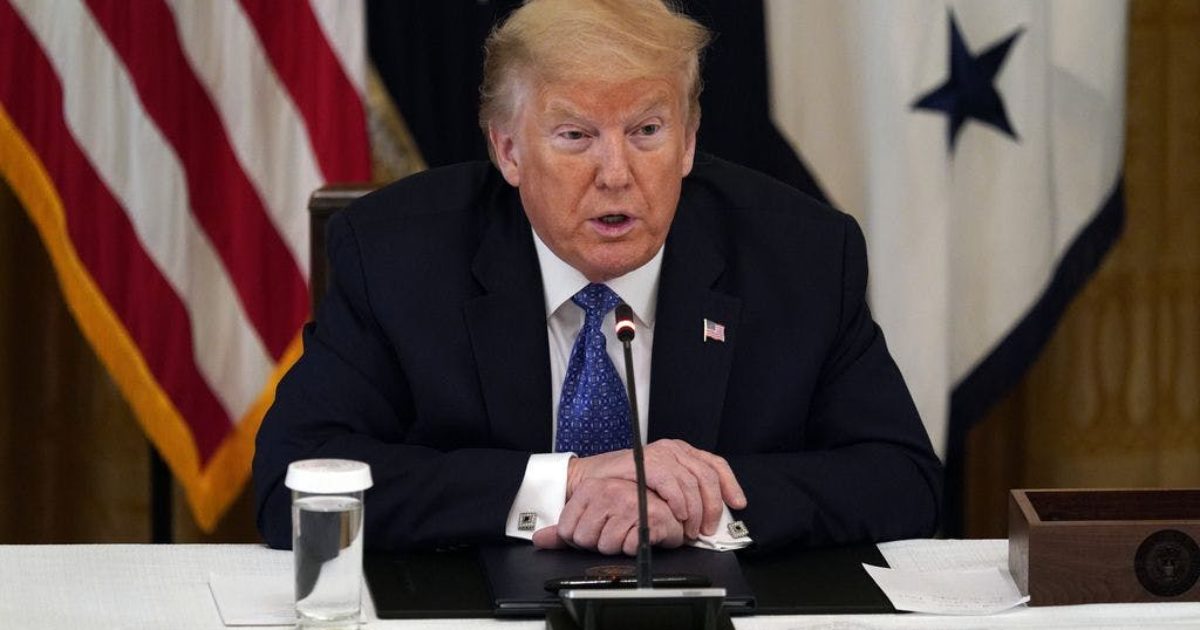 President Trump threatened to withhold federal funds two states with Democratic governors that are expanding mail-in-voting access in an effort to avoid crowded polling centers amid the coronavirus pandemic.

In a tweet Wednesday morning, the President claimed that Michigan Secretary of State Jocelyn Benson, a Democrat is sending “absentee ballots to 7.7 million people ahead of Primaries and the General Election” and that the step was done “illegally by a rogue Secretary of State.” The president threatened to withhold funding if the state did not reverse course, suggesting its move would encourage voter fraud.

“Breaking: Michigan sends absentee ballots to 7.7 million people ahead of Primaries and the General Election,” Trump tweeted. “This was done illegally and without authorization by a rogue Secretary of State. I will ask to hold up funding to Michigan if they want to go down this Voter Fraud path!”