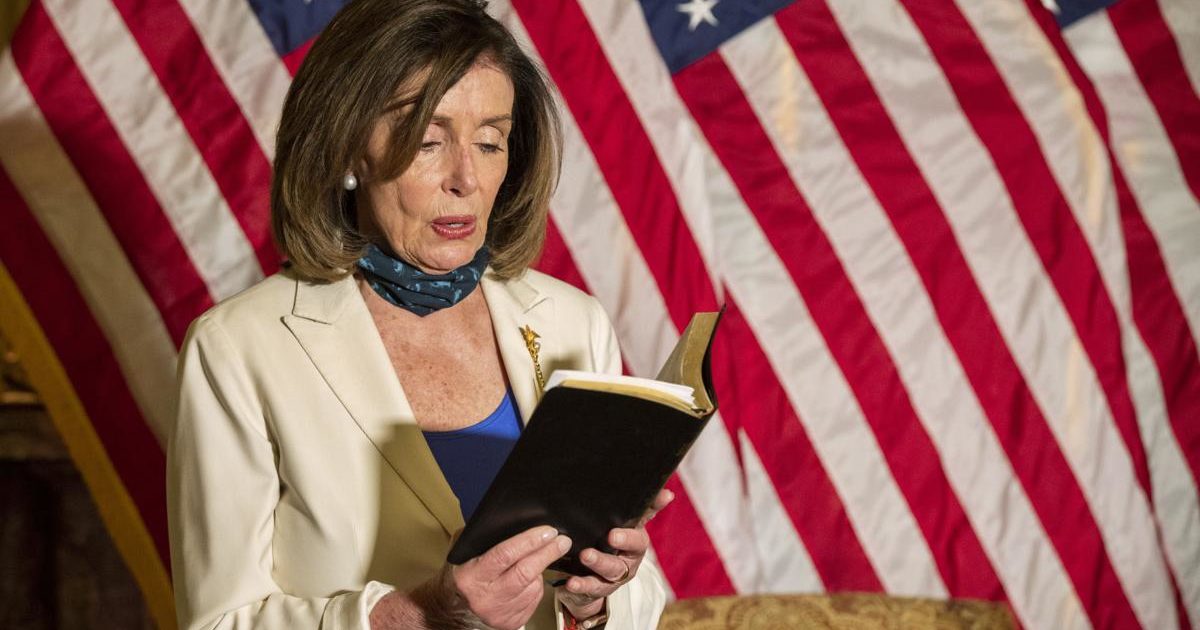 House Speaker Nancy Pelosi on Tuesday called on President Trump to be a “healer in chief and not a fanner of the flames” as violence erupts in mass protests across the nation for the past week.

Speaking with reporters at a bill enrollment ceremony on Tuesday, Pelosi took out her bible and began reading from the book of Ecclesiastes. She then cited previous presidents statements who were also faced with a similar crisis, including former President George H.W. Bush, who urged unity following the Rodney King riots, and former President Obama, who called for healing following the death of Eric Garner during an arrest in 2014, as actions the president should be taking.

“We would hope that the president of the United States would follow the lead of so many other presidents before him to be a healer in chief and not a fanner of the flames,” Pelosi said.