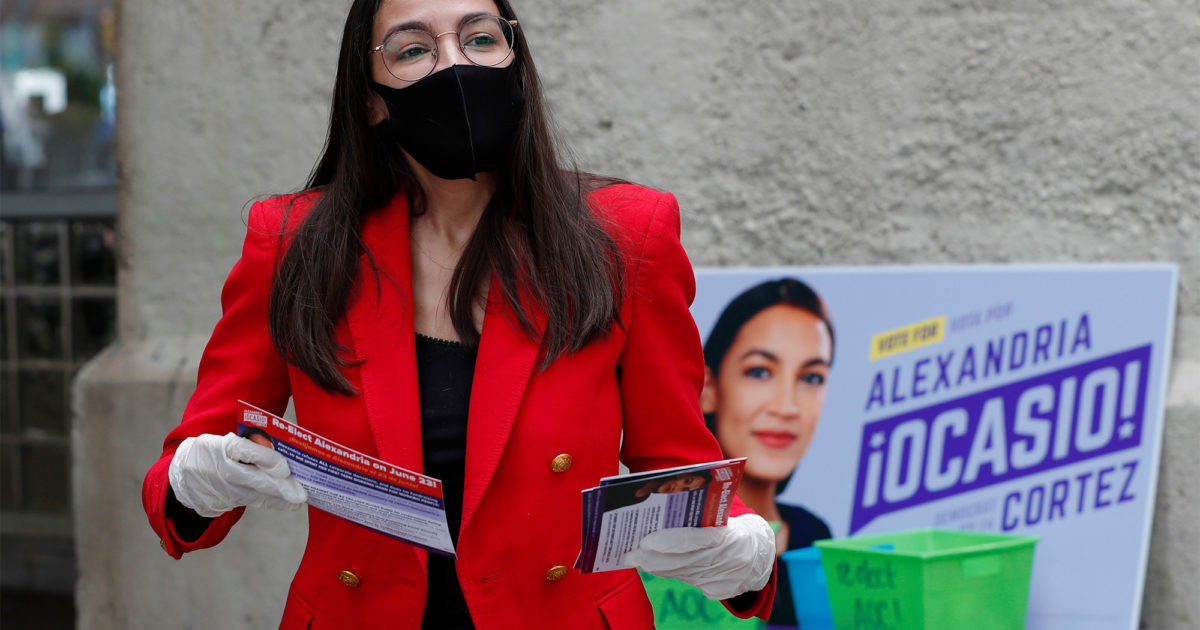 Rep. Alexandria Ocasio-Cortez (D-NY) in the eleventh hour accepted to face off her democratic primary opponents in-person ahead of next week’s primary, but the incumbent made sure there was a lack of media coverage as she demanded that reporters be removed from the venue before taking the stage.

AOC had planned to skip out on the city’s only in-person showdown, citing social distancing guidelines and she previously participated in two hour-long debates that were held virtually.

“The good thing is I’m not skipping debates. My predecessor, he had skipped debates until he was forced to show up,” Ocasio-Cortez said on Monday to reporters while out campaigning in The Bronx. “This one [Wednesday’s] is in-person, so we’ve had certain issues with that being done during phase one, if that would be violating the Phase One and Phase Two scheduled reopening by the governor. Which is why we’ve committed to virtual debates and are happy to participate in them.”