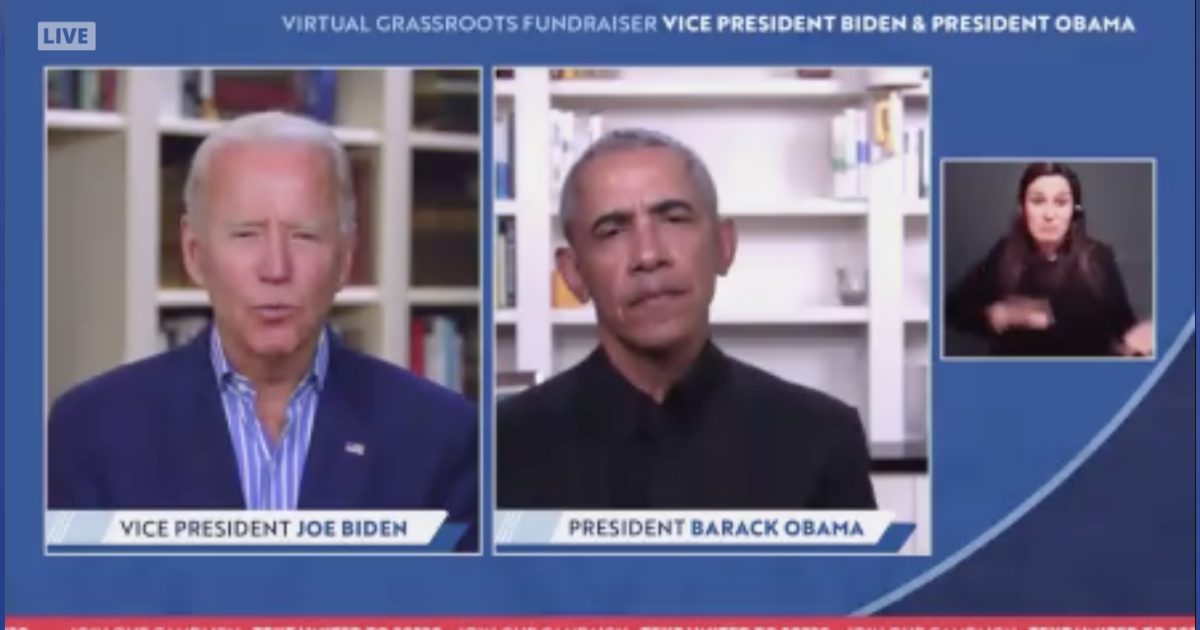 Former President Barack Obama joined his former vice president Joe Biden in a virtual fundraiser Tuesday evening, promising that “help is on the way” and urging supporters not to be “complacent or smug” declaring that “whatever you’ve done so far is not enough.”

“I am here to say the help is on the way if we do the work because there’s nobody I trust more to be able to heal this country and get it back on track than my dear friend Joe Biden,” Obama said during the 90-minute video conference. “I appreciate you all being on this call but man, this is serious business. Whatever you’ve done so far is not enough. And I hold myself and Michelle and my kids to the same standard.”

The joint-fundraiser event, Obama’s first appearance with his former Vice President was billed as a grassroots event. However, the fundraiser was a secretive event, requiring supporters to “chip in any amount” to watch the live-stream, and press access was limited to “pencil only,” with no video stream made available for media access or public viewing.