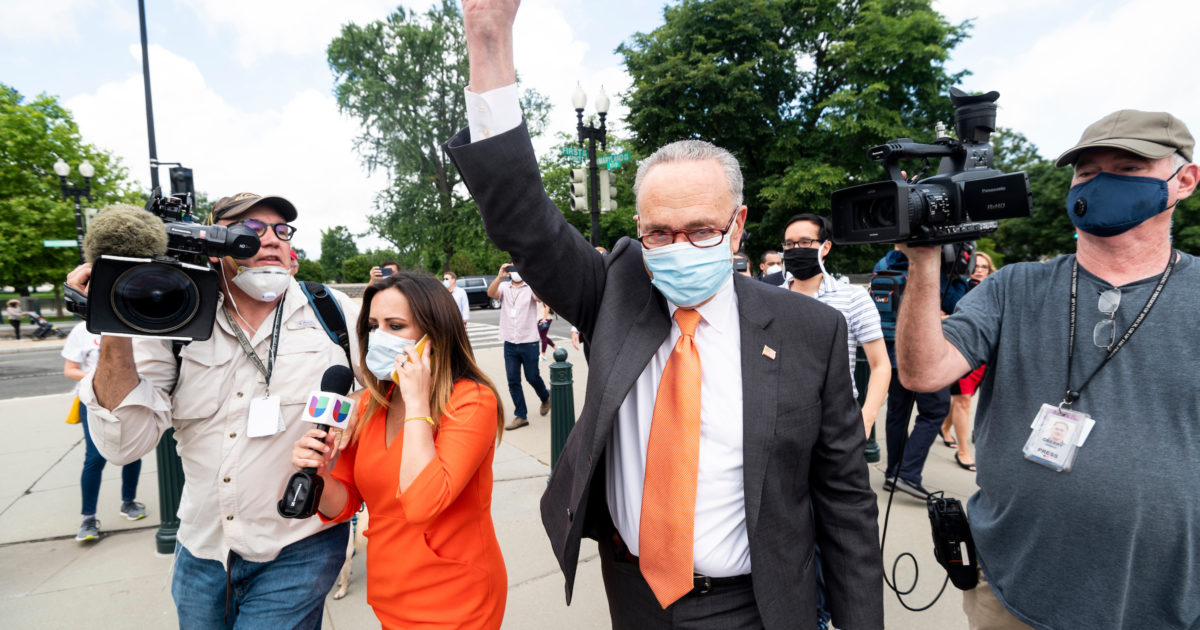 Senate Minority Leader Chuck Schumer (D-NY) signaled on Tuesday that Senate Democrats are prepared to block the GOP police reform from advancing, calling the measure “woefully inadequate” and urged Senate Majority Leader Mitch McConnell to back down from holding a procedural vote.

“We Democrats are certain that the McConnell plan will not, indeed cannot, result in any legislation passing. It’s clear that the Republican bill, as is, will not get 60 votes. There’s overwhelming opposition to the bill in our caucus,” Schumer said speaking from the Senate floor on Tuesday. “We don’t need to study the problem of police misconduct and violence, we need to solve it.”

The Minority Leader called the measure from the GOP a “bad” and “ineffective” bill.