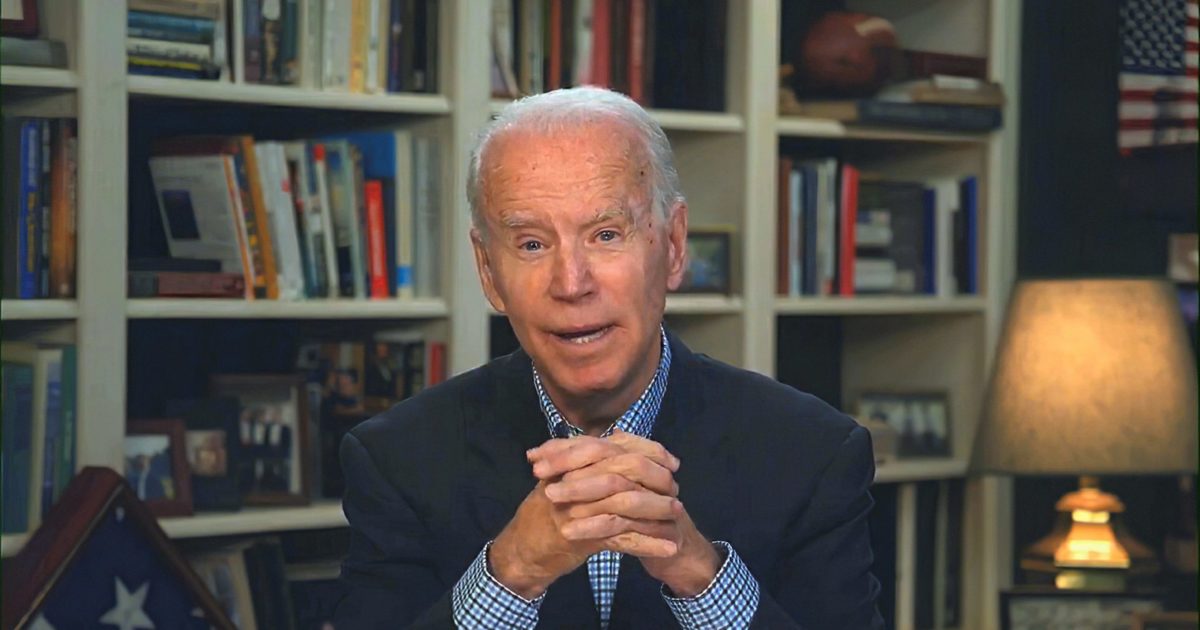 Democratic presidential candidate Joe Biden during a virtual campaign fundraiser warn donors Monday evening that he plans once elected to “get rid of the bulk of Trump’s $2 trillion tax cut,” a move he added they “may not like.”

“Folks, this is going to be really hard work and Donald Trump has made it much harder to foot the bill,” Biden said, according to press pool report about one of the two fundraising events he held on Monday. “But even before the crisis, his irresponsible sugar-high tax cuts had already pushed us into a trillion-dollar deficit and imagine what we could do now if we weren’t in that circumstance.”

He added, “I’m going to get rid of the bulk of Trump’s $2 trillion tax cut and a lot of you may not like that but I’m going to close loopholes like capital gains and stepped-up basis.”