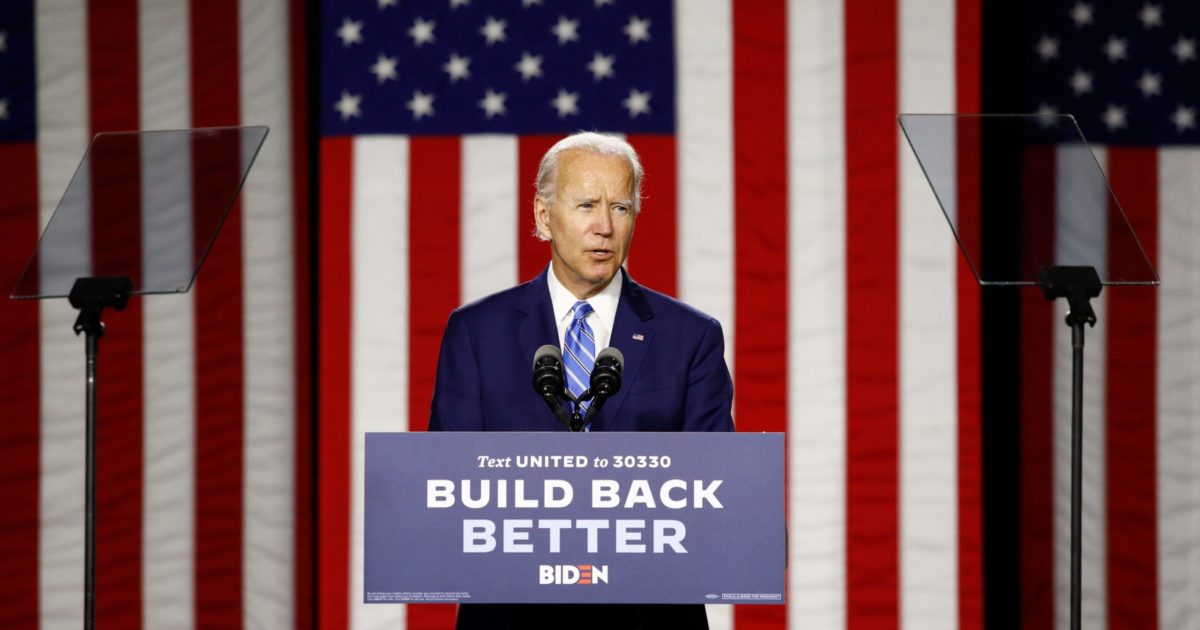 Presumptive Democratic nominee Joe Biden released his second economy initiative that will pour $2 trillion over four years by investing in clean energy and infrastructure designed to create economic opportunities with the goal to tackle climate change.

“When Donald Trump thinks about climate change, the only word he can muster is ‘hoax.’ When I think about climate change, the word I think of is ‘jobs,’ good-paying union jobs that put Americans to work,” Biden said in remarks from his hometown in Wilmington, Delaware on Tuesday. “And, if I have the honor of being elected President, we’re not just going to tinker around the edges. We’re going to make historic investments that will seize this opportunity and meet this moment in history.”

The proposal is the second of four Biden’s economic agenda dubbed “Build Back Better” designed to challenge President Trump’s “America First” economic agenda. The former Vice President unveiled the first phase of his economic platform last week, a “Buy American” proposal to spur U.S manufacturing by investing $400 billion in federal procurement spending for American products along with an additional $300 billion investment in research and development in new technologies initiatives.