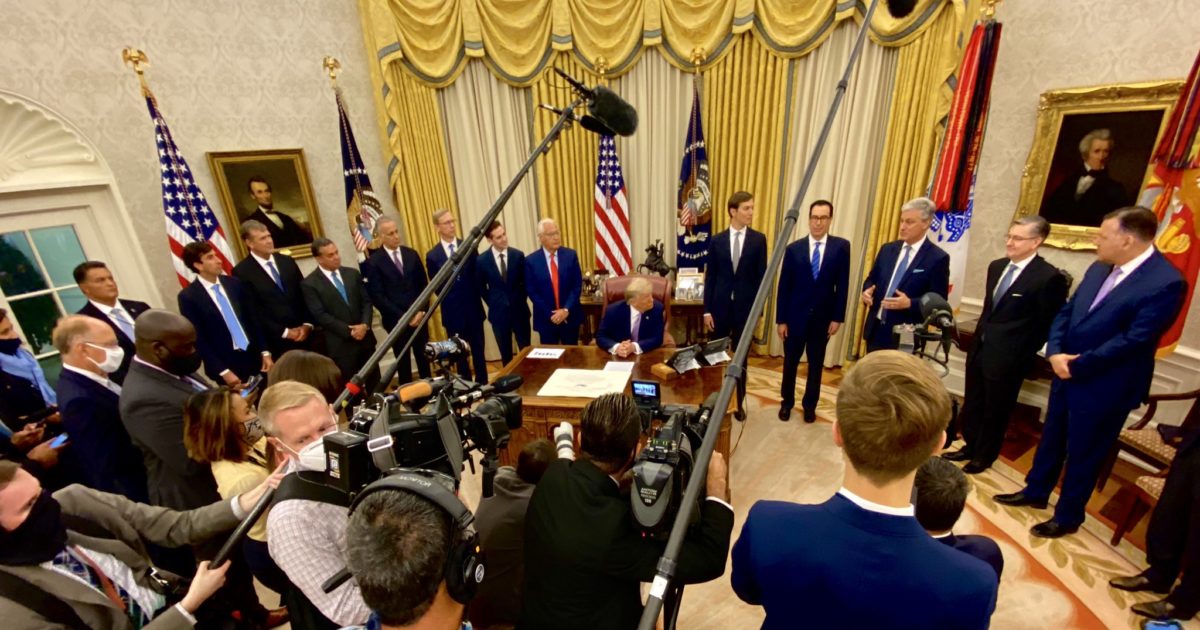 President Trump on Thursday announced a “Historic Peace Agreement” between the United Arab Emirates and Israel, saying with the helped of the United States, the two Middle East nations have agreed to “full normalization of relations.”

As a result of the “diplomatic breakthrough” and at the request of President Trump, “Israel will suspend declaring sovereignty” over areas outlined in the Trump administration’s Mideast peace plan, and will “focus its efforts now on expanding ties with other countries in the Arab and Muslim world.”