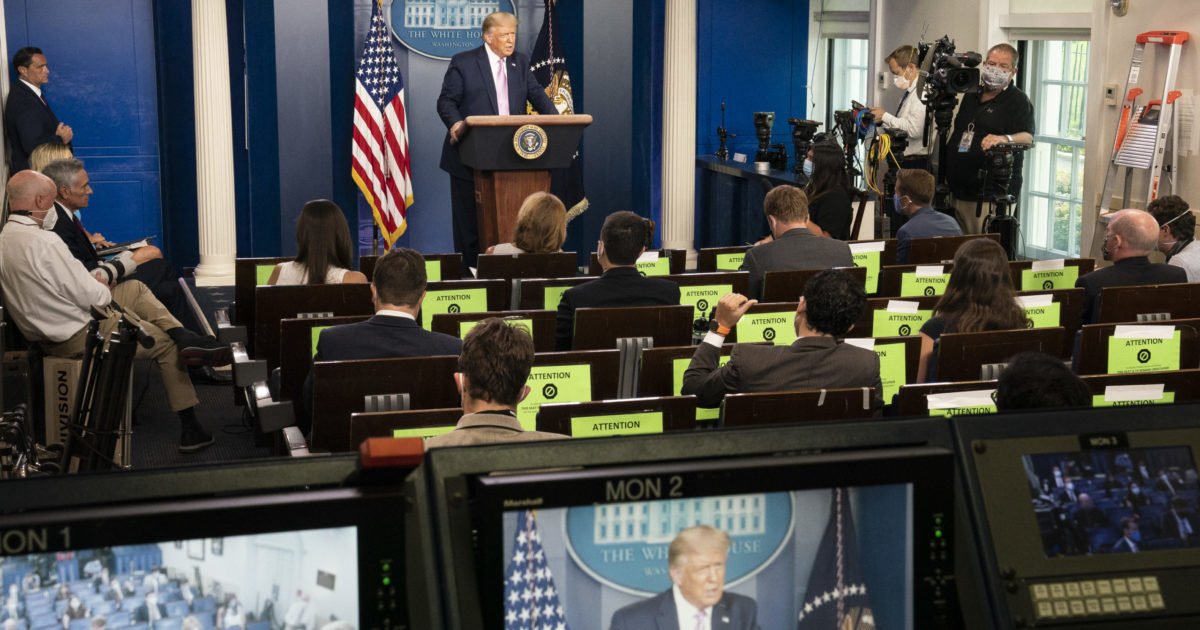 President Trump laughed off presumptive Democratic nominee Joe Biden for trying to take credit for the “historic peace deal” the Trump Administration brokered between Israel and the United Arab Emirates (UAE) slamming the Obama-Biden administration “weak” foreign policy that led to the “terrible deal with Iran.”

“We announced the deal and even the New York Times gave it great coverage and editorials today, Wall Street Journal, Washington Post everybody was saying great,” Trump told reporters when asked his response to Biden’s statement. “This is something we’ve been working very hard on. And I saw where Sleepy Joe tried to claim credit for it, and I’m trying to figure out how that one works.”

Trump on Thursday announced the United States brokered a “Historic Peace Agreement” between the United Arab Emirates and Israel, saying the diplomatic breakthrough amongst the two Middle East nations have agreed to “full normalization of relations.”