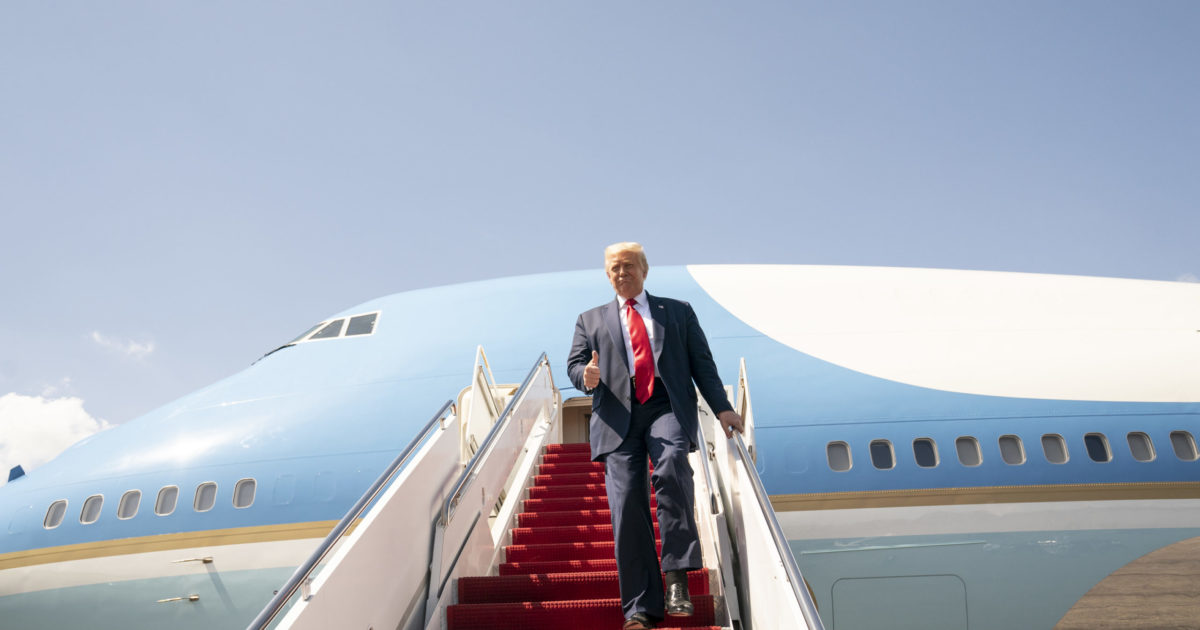 President Trump will hit the road next week, campaigning in four states the same time Democrats will virtually gather for the Democratic National Convention.

On Monday, Trump will visit Minnesota and Wisconsin while on Tuesday will head to Arizona to hold events highlighting “Joe Biden’s record of failures” and draw contrasts with his opponents on issues like “law and order, jobs, the economy, and immigration.”

The travel plans, according to a Trump campaign staffer includes stops in Mankato, Minnesota, and Oshkosh, Wisconsin where Trump will speak at both stops on the issue of the economy and jobs. For Tuesday, Trump will travel to Yuma, Arizona to discuss immigration and the expected plan for Thursday will be scheduled before Biden gives his acceptance speech will be on the topic of former Vice President record of failure that includes jobs and trade policy.