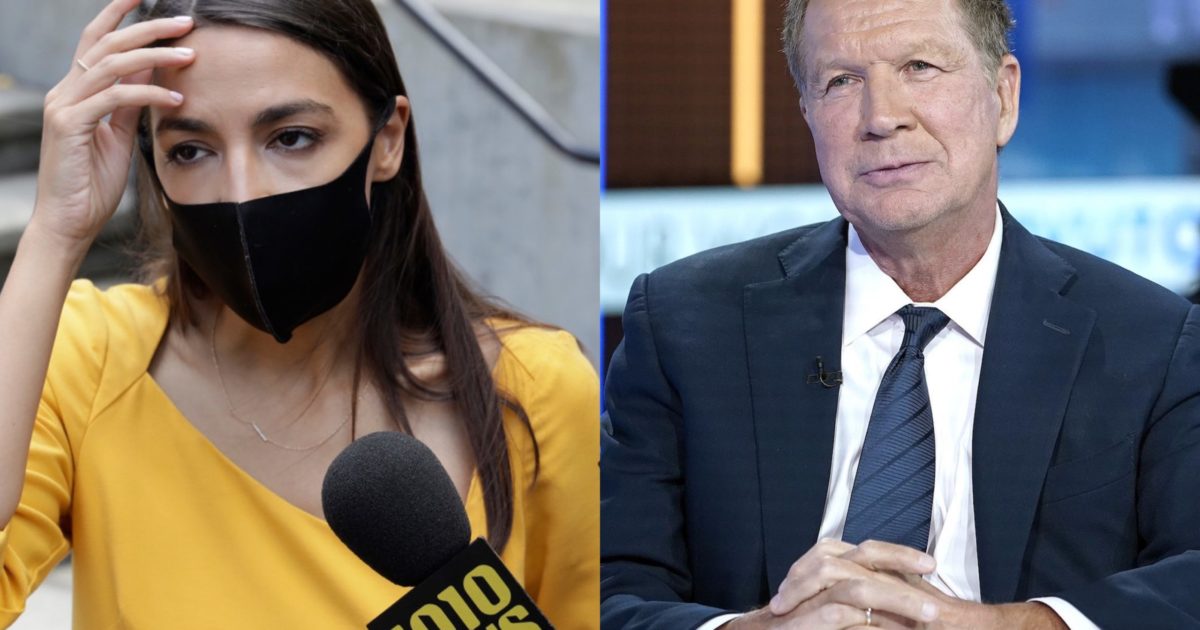 Rep. Alexandria Ocasio-Cortez (D-NY) slammed former Ohio Republican Governor. John Kasich ahead of the opening night of the Democratic National Convention speech on Monday after he criticized the progressive first-term congresswoman in an interview saying she doesn’t represent the Democratic Party and only cares about receiving the “outsized publicity.”

“People on the extreme, whether they’re on the left or on the right, they get outsized publicity that tends to define their party. You know, I listen to people all the time make these statements, and because AOC gets outsized publicity doesn’t mean she represents the Democratic Party,” Kasich said in an interview with BuzzFeed News published Monday morning. “She’s just a part, just some member of it. And it’s on both sides, whether it’s the Republicans or whether it’s the Democrats.”

Ocasio-Cortez hit back at Kasich in a serious of tweet Monday, arguing his record as GOP governor makes him “an anti-choice extremist” and “is not a friend to workers” shouldn’t “get to say” who represents the Democratic Party.