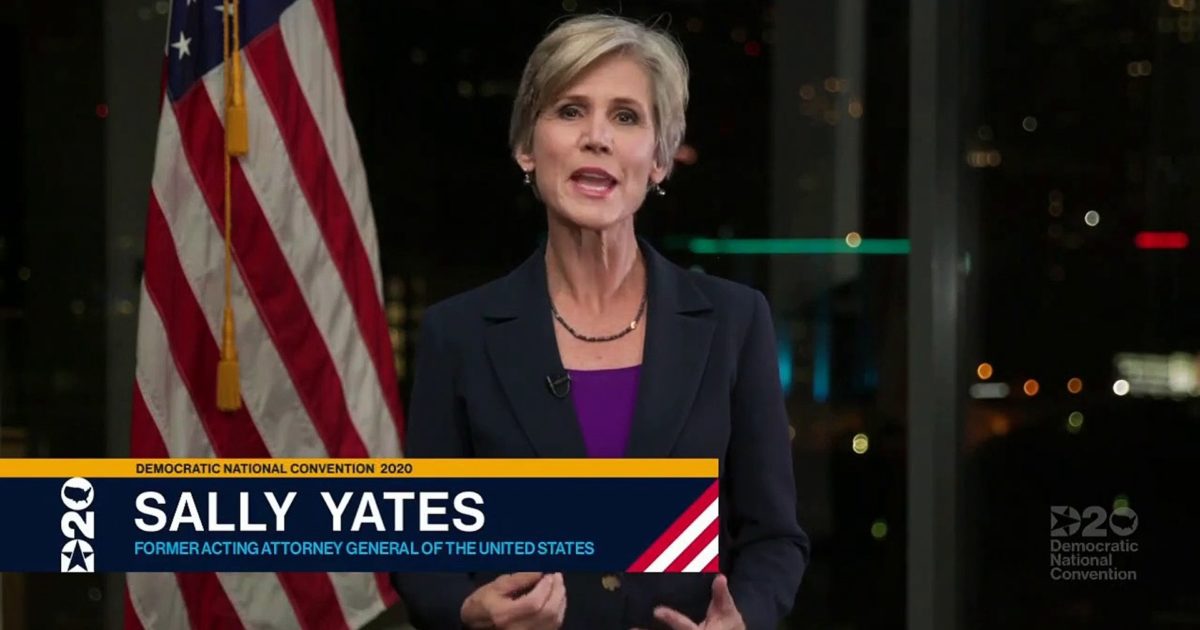 “From the moment President Trump took office, he has used his position to benefit himself rather than our country,” Yates said Tuesday night. “He’s trampled the rule of law, trying to weaponize our Justice Department to attack his enemies and protect his friends.”

She added, “His constant attacks—on the FBI, the free press, inspectors general, military officers, and federal judges—they all have one purpose: to remove any check on his abuse of power. Put simply, he treats our country like it’s his family business—this time bankrupting our nation’s moral authority at home and abroad.”

Yates began her DNC saying she “never expected” as a career public servant to speak in a partisan political event, but said she accepted the Democrats opportunity because “The future of our democracy is at stake.”