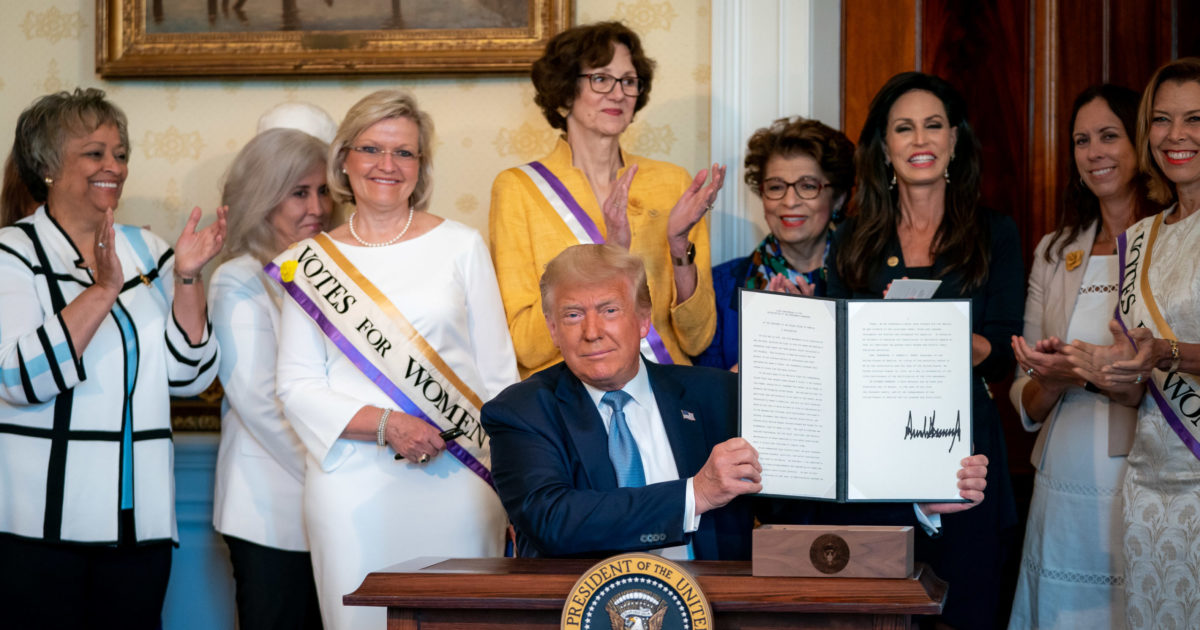 President Trump announced Tuesday morning on the 100th anniversary of the ratification of the 19th Amendment that he will grant a full pardon posthumously to Susan B. Anthony, a women’s suffragist icon who was arrested after violating male-only voting laws in 1872.

“Later today, I will be signing a full and complete pardon for Susan B. Anthony. She was never pardoned. Did you know that? She was never pardoned,” Trump said during a White House event joined by First Lady Melania Trump, female Trump Administration officials and female leaders of prominent conservative woman’s groups.

“She was guilty for voting,” Trump continued, “And we’re going to be signing a full and complete pardon. And I think that’s really fantastic. She deserves it.”