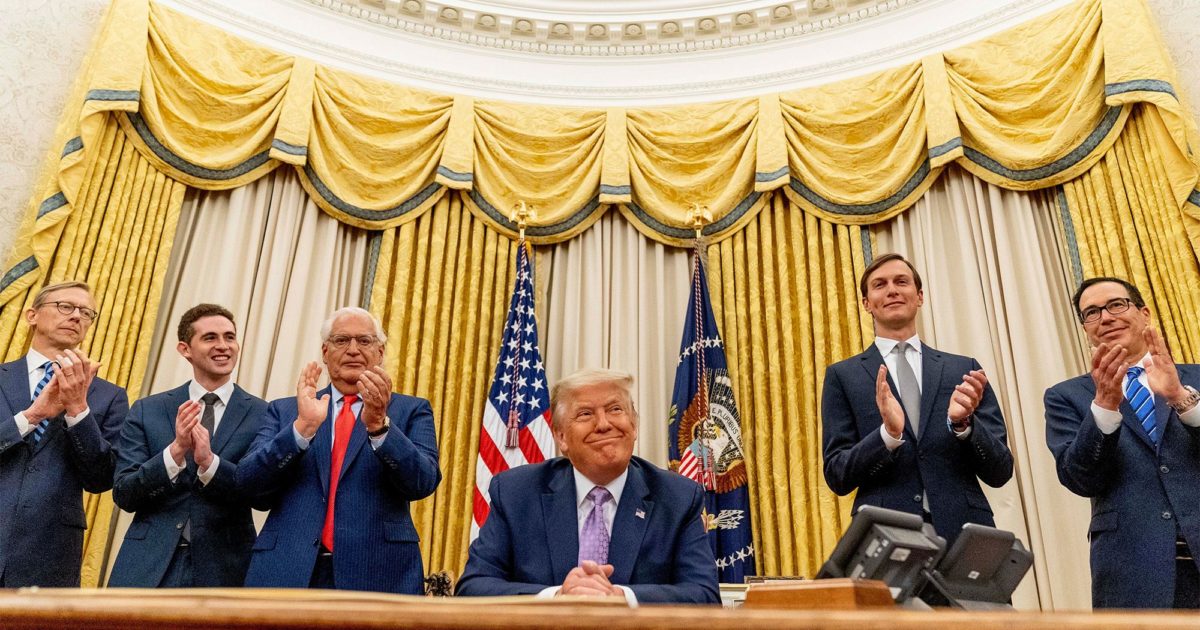 President Trump on Friday announced that he has brokered another huge Middle East deal to establish full diplomatic relations between Bahrain and Israel, the second such breakthrough agreement in less than a month between an Arab nation and Israel.

“On this occasion, I want to thank the leaders of Israel and Bahrain for their vision and courage to forge this historic agreement,” Trump said announcing the historic deal from the Oval Office Friday afternoon. “The leadership is proving that the future can be filled with hope and does not need to be predetermined by conflicts of the past. We know all about the conflicts of the past, they’re very legendary. There was a lot of problems going on but we’ve been able to work things out to a level that nobody thought possible. This is really something very special, very, very special.”

“This is a historic breakthrough to further peace in the Middle East. Opening direct dialogue and ties between these two dynamic societies and advanced economies will continue the positive transformation of the Middle East and increase stability, security and prosperity in the region,” Trump said in a joint statement with Israeli Prime Minister Benjamin Netanyahu and King Hamad bin Isa Salman al-Khalifa of Bahrain,” Trump added.