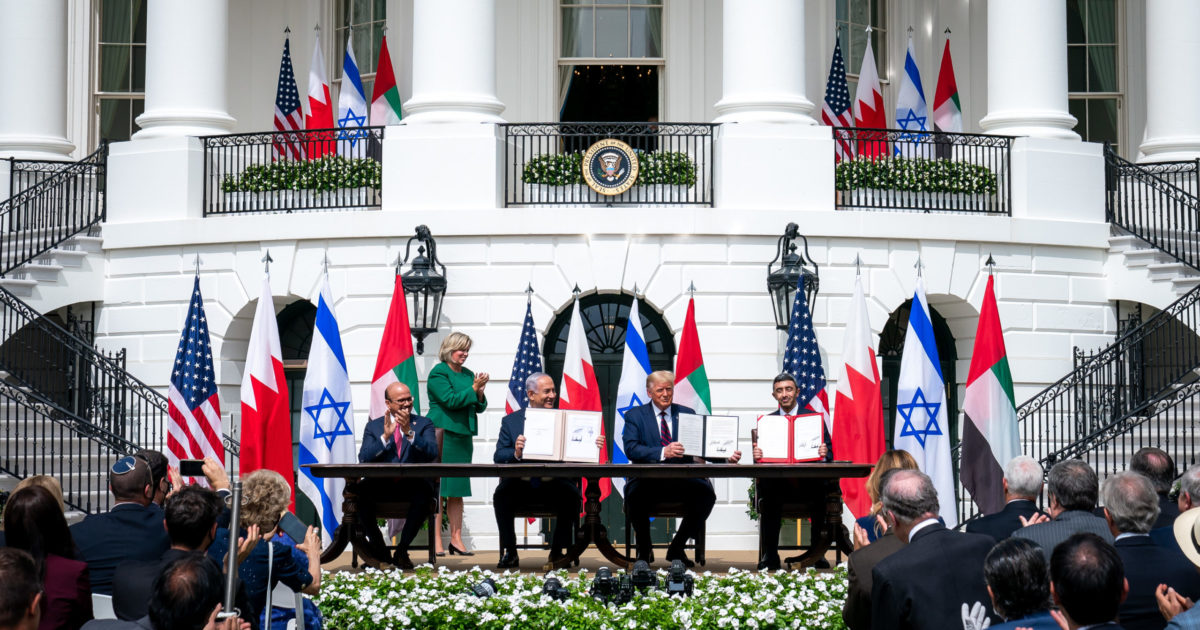 President Trump welcomed the Prime Minister of Israel and the Foreign Ministers of Bahrain and the United Arab Emirates (UAE) to the White House on Tuesday as he presided over the signing over the historic agreements formalizing diplomatic relations between Israel and two Gulf Arab nations.

Israeli Prime Minister Benjamin Netanyahu signed the agreements with United Arab Emirates Foreign Minister Sheikh Abdullah bin Zayed al-Nahyan and Bahrain’s Foreign Minister Abdullatif Al Zayani during a ceremony at the White House. The agreements, dubbed the “Abraham Accords,” in honor of the three religions represent the first time an Arab country has normalized relations with Israel in more than 25 years. It includes the establishment of the first embassies in one another’s countries and the start of the first commercial flights between Israel and UAE. The last peace treaties with Israel were signed by Egypt in 1979 and Jordan in 1994.

Trump said the agreements would serve as “the foundation for a comprehensive peace across the entire region.”