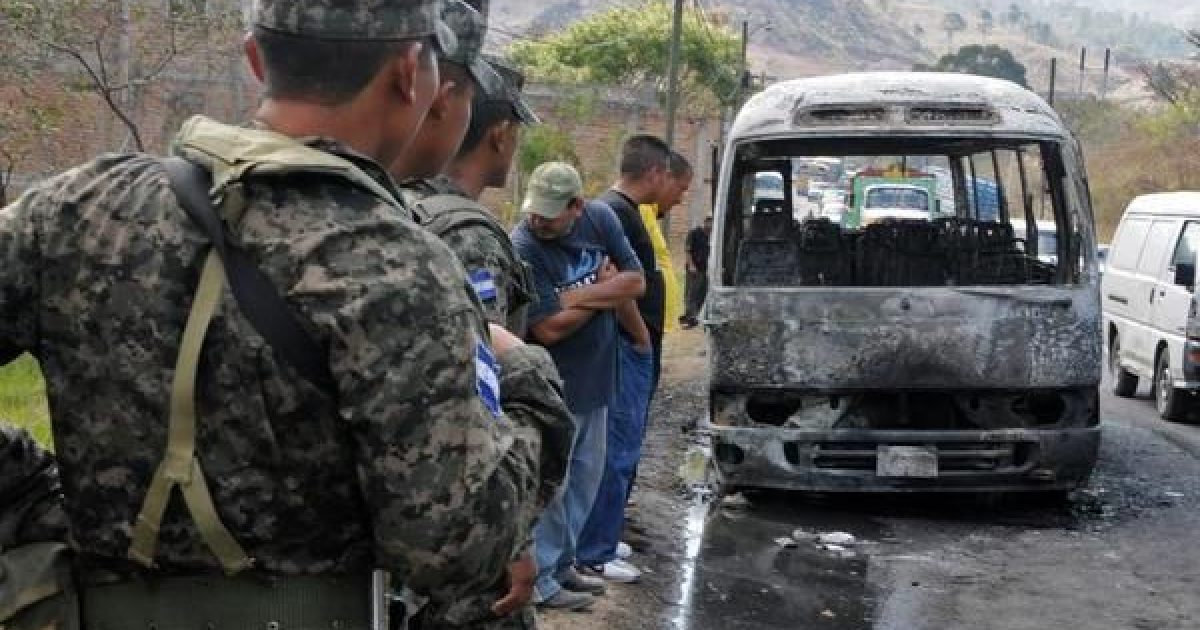 It’s no secret that in Central America, drug cartels and gangs run the show. The Area between Mexico City and Panama City is one of the World’s most dangerous.  Now, gangs in Honduras are imposing public transport taxes on bus drivers and taxi cabs. If they refuse to pay they are burned alive inside their vehicles.

A man, who’s identity was concealed recounts his experience for AFP:

Then they closed the door, busted the door lever to make sure I couldn’t get out, and threw a lit match through the window… They thought I had burnt to death, but I was still alive. I managed to get out through a window. I jumped out like a torch and rolled on the ground to put out the flames

Unfortunately, these types of gang activities have become commonplace in Central America. Gangs are widely known to run entire school systems where they recruit new young members, transportation systems to move around drugs and trafficked humans, and they pay police and military officials handsomely to look the other way.