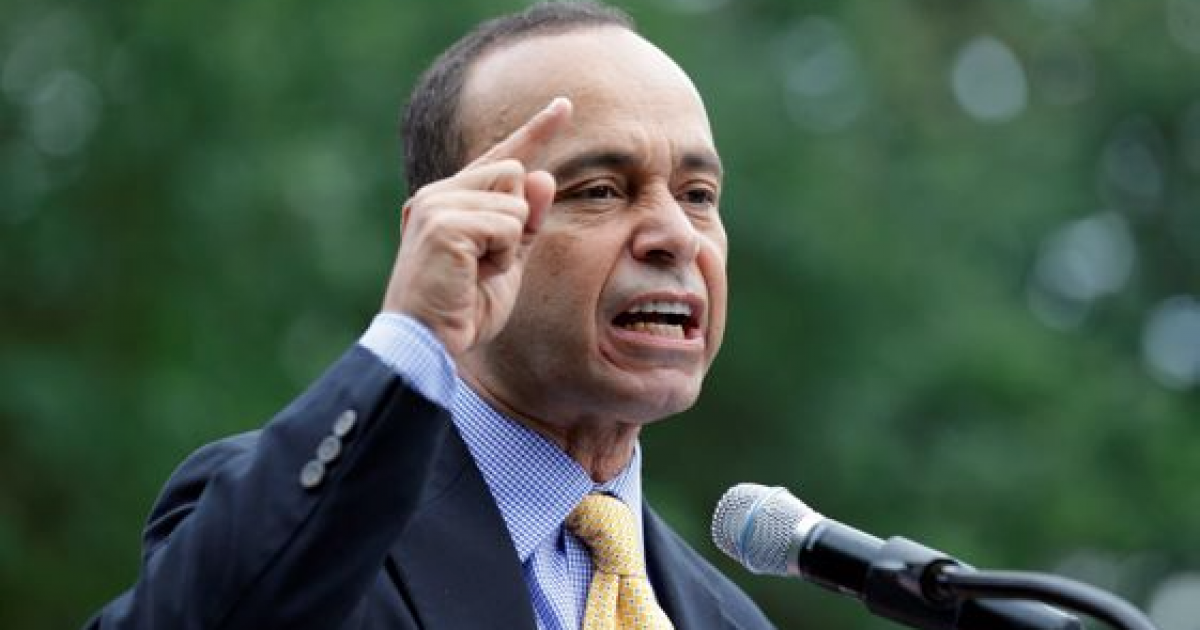 Congress’ most ardent supporter of comprehensive immigration reform seems to have declared open war on Texas. Yesterday, on the floor of the House of Representatives, Gutierrez made a statement regarding the 5th Circuit Court of Appeals’ split decision on US v. Texas, in which 26 states are suing the federal government and trying to delay implementation of the presidents DACA and DAPA executive actions on immigration.

Most republicans raged these actions as illegal actions and cause the president of abuse of power, but to a democrat like Gutierrez, DACA and DAPA are “lawful and sensible”.

So while most Americans no longer believe we should be trying to deport all 11 million undocumented immigrants – and especially not the ones with deep roots in the US with families – the politicians who run the State of Texas believe we should.  Lived in the U.S. for five years?  Driving to work anyway?  Own a business that employs citizens?  Too bad.  The Republican leaders in Texas do not want you to be able to work on the books, pay your full share of local and national taxes, and pay for a drivers’ license.  Reality and Texas should get to know one another.

The congressman continued by urging supported of the executive actions, specially in Texas, to “ignore the bumper stickers ‘Don’t Mess With Texas”.