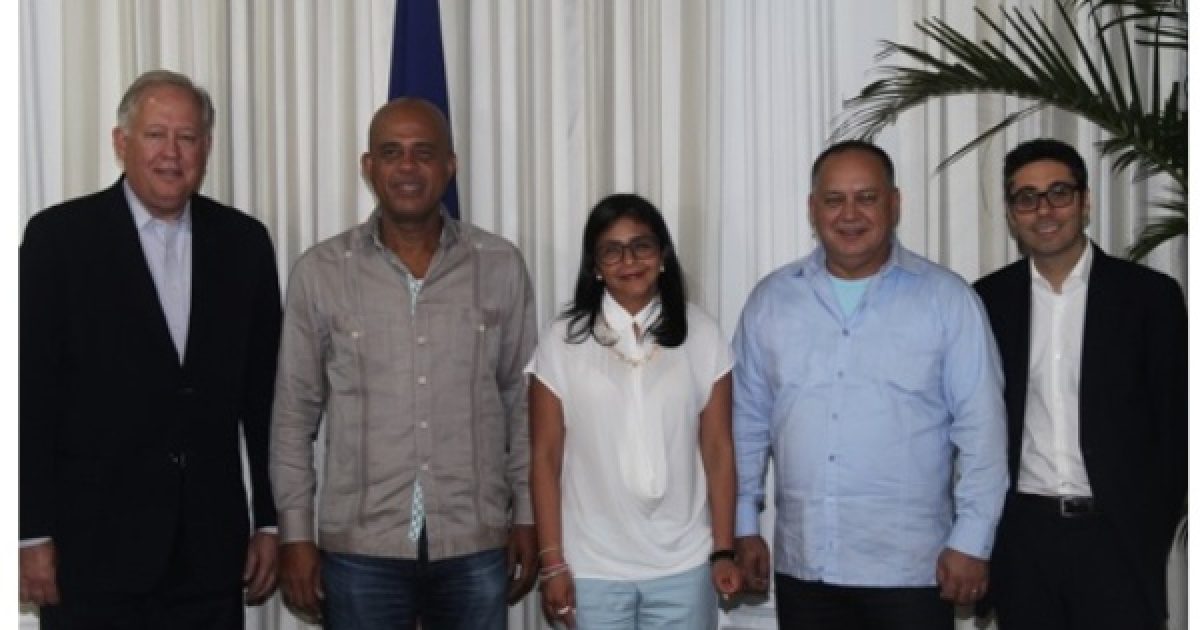 As the Obama administration moved full speed ahead with its plan to re-establish relations with the communist regime in Cuba, it is also looking to court Cuba’s closets ally, Venezuela. In a contradictory move, Obama administration officials met with Venezuelan officials in Haiti over the weekend. Venezuela was sanctioned by Obama in march, and declared to be a “national security threat” to the United States.

Thomas Shannon, a top State Department official met with Diosdado Cabello in Haiti. Cabello is wanted by the DEA in relations to one of the top cocaine cartels operation out of South America, after his own bodyguard outed him as one of the leaders of the Cartel de los Soles.

The meeting has created backlash against the Obama administration from the Venezuelan exile community in southern Florida. Gabriela Meinhardt, a Venezuelan political exile, told Hispolitica: