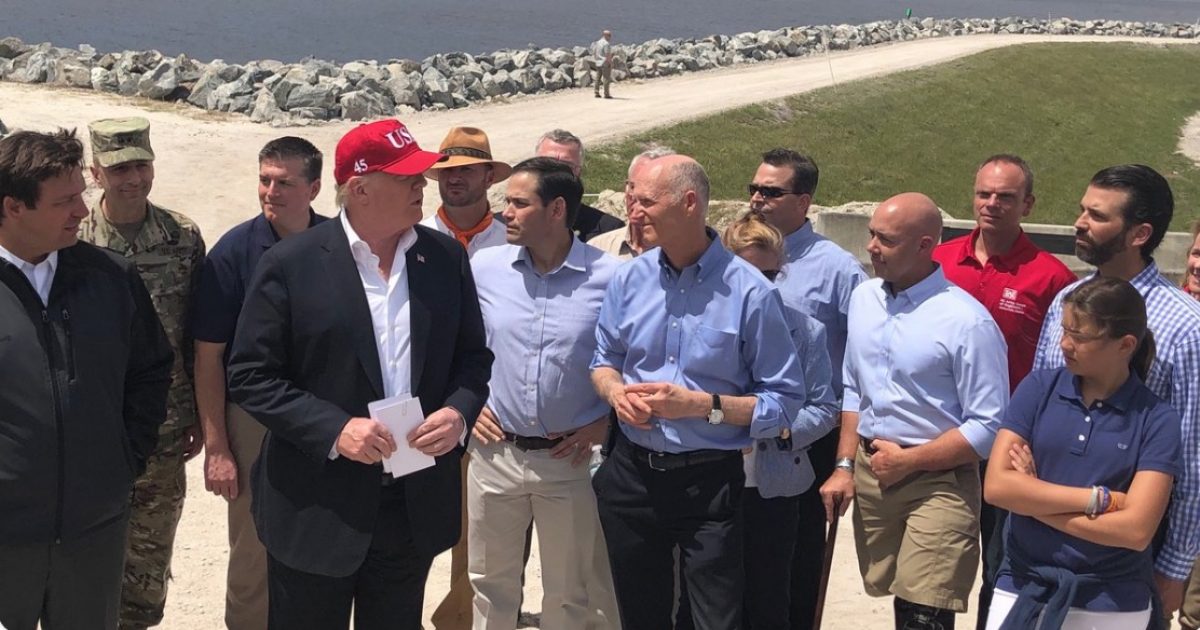 While standing with Florida Gov. Ron DeSantis, Sens. Marco Rubio and Rick Scott, as well as Reps. Francis Rooney, Greg Steube, Mario Diaz-Balart and Brian Mast, to announce that $200 million more in federal funding is needed and delivered to restore the everglades to what they once were, President Donald Trump also stated that he would be shutting down the southern U.S. border to Mexico next week.

Trump tweeted earlier in the day that if the Mexican government does not stop the flow of illegal immigrants coming though the country, he would close down the border next week.”

“If Mexico doesn’t immediately stop ALL illegal immigration coming into the United States throug (sic) our Southern Border, I will be CLOSING the Border, or large sections of the Border, next week.”