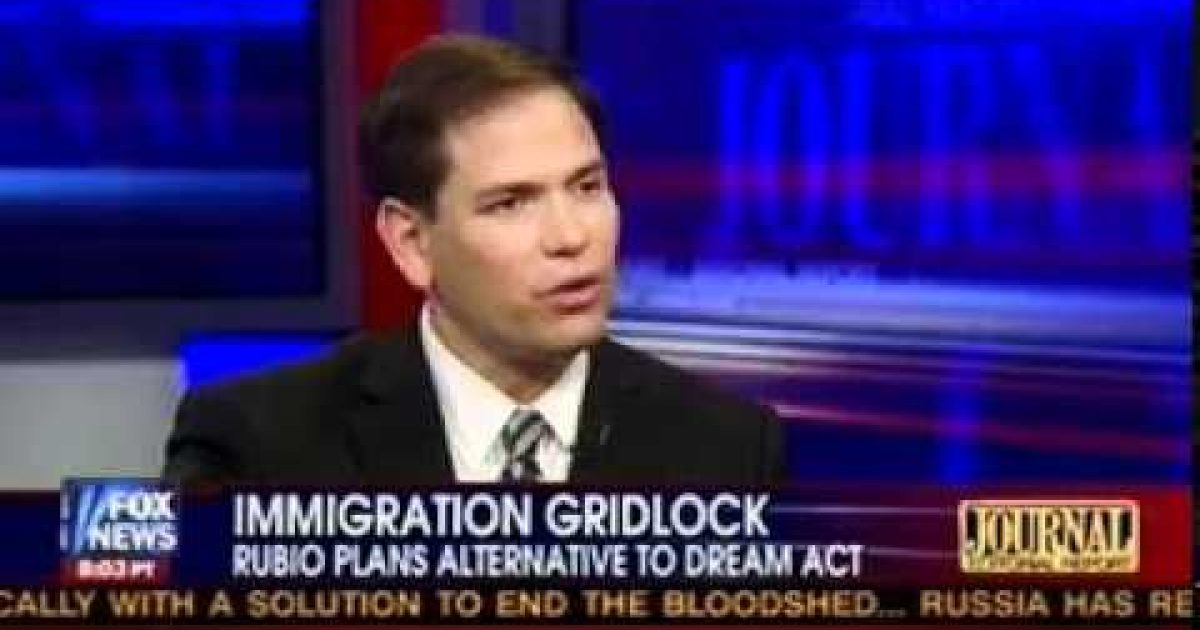 With a possible presidential run in the future for Senator Marco Rubio (R-FL) he is trying to backpedal from his previous position on immigration reform. If the latest election taught us anything it was American’s do not want immigration reform and Rubio got the message loud and clear.

His new book “American Dreams” comes out next week but POLITICO obtained an early copy of it. Remember the massive compromise legislation he stood behind before? In his book he says immigration reform should happen gradually. More specifically, it should happen in piecemeal bills and not abruptly at one time.

Rubio’s new book focuses mainly on his domestic policy agenda such as taxes and health care but hidden within the second chapter he does comment about immigration reform. He wrote: